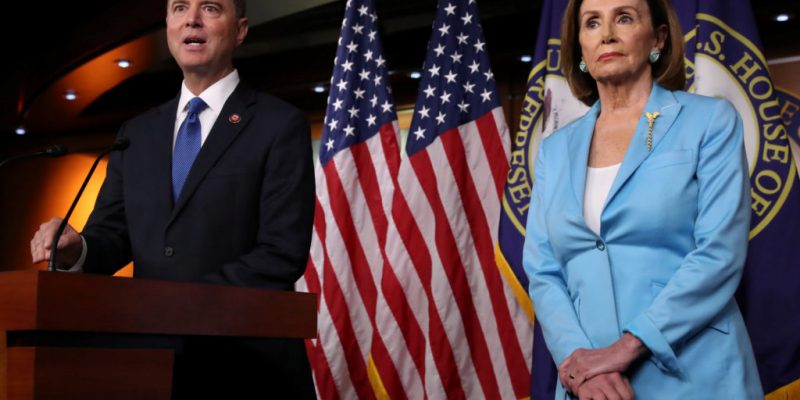 Today’s Democrats are stuck in a feedback loop- a hyper-liberal Twitter bubble of their own creation, causing their party leadership to mistake the loudest voices within the party for the party’s majority sentiment.

The leaders of the Democratic Party are now so blinded by their reliance on identity politics that they have resorted to demanding allegiance from Democrat voters based on their race, gender, or class, while literally scaring them to the polls with lies and intimidation.

Yet after all the racially charged statements and rhetoric, Democrats across the country are currently arguing over which 70-year-old, Caucasian career politician will be their “new” standard bearer. The Democratic field for President is so weak that Democrats in Congress believe they must rip our country apart if their party is to have any chance against Donald Trump in 2020.

Trump Derangement Syndrome is real. Just look at the current state of the Democratic Party. Their 2016 nominee, Hillary Clinton, paid foreign agents for a now debunked dossier. This phony foreign intelligence was funneled thru Democrat President Barack Obama’s Administration, which then unashamedly lied to a FISA court so it could use taxpayer resources to spy on the Democrats major political opponent, Donald Trump.

Remember when President Nixon resigned because he was attempting to spy on a political opponent?

Now, the Democrats have decided they are going to impeach President Trump because he had the audacity to question the Biden family’s open and obvious corruption.

Watching the mental gymnastics performed by Democrats as they continue this impeachment dance around President Trump, is becoming increasingly hilarious. Just ask yourself: Why was Hunter Biden, a middle-aged man with serious lifestyle issues, with no relevant experience in the natural gas business, who did not speak a word of Ukrainian, paid more than $50,000 per month by a corrupt Ukrainian gas company? And this was happening while his dad was the sitting Vice President of the United States who had been given responsibility for the handling of Ukrainian affairs?

Frankly, this farce has been fascinating to watch over the past few weeks. When they weren’t too busy watching golf, Democrat representatives were calling their own donors and staffers as witnesses while repeatedly failing to follow even the partisan parliamentary procedures that they had created out of thin air just for this impeachment, all in a failed attempt to manufacture outrage against President Trump!

The only thing bipartisan about this impeachment will be the growing opposition to it.