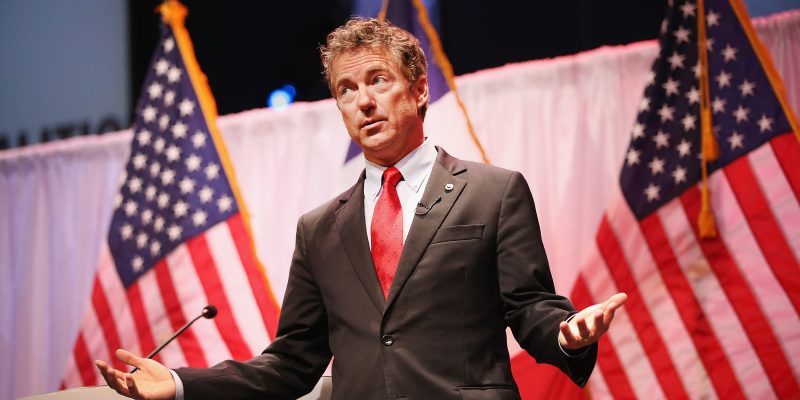 Few television shows have been as successful, or had as big of a cultural impact, as the hit comedy “Seinfeld”. US Senator Rand Paul (R-KY) continues the tradition of keeping the show’s pre-Christmas holiday “Festivus” alive, poking fun at Democrats and government waste.

Festivus, as set forth in the show, is to be celebrated the day before Christmas Eve as a way of airing grievances before embracing the forgiving spirit of Christmas. For the past seven years, Sen. Rand Paul has used the occasion to voice his anger at government waste.

Check out some of our favorite excerpts below!

From the worst cases of government waste…

To the worst aspects of socialism…

“Speaking of Socialism, how is anyone ok with this idea after watching the utter failures of the Soviet Union, Cuba and now Venezuela? How many countries have to eat their pets before we pull back from this one?”

“I’m glad Bernie is in these debates though. If you’re gonna hear about socialism, why not hear it from the guy Marx asked to help edit his book.”

“Joe Biden is doing well. I feel like if the Democrats nominate him we are all going to discuss whether or not we should hand over the nuclear codes to someone who hasn’t been able to find his keys for a while now.”

“The Democrats spend an awful lot of time talking about diversity and minority rights considered their only diversity is that they are multiple different 70 something on stage. And they have different haircuts.”

And of course Nancy Pelosi…

“Take Nancy Pelosi (please). I don’t know if I can stop laughing long enough to air my grievances with Nancy. Her new plan is great – she is going to punish the president by NOT sending his impeachment to Senate?  Next, maybe she’ll threaten to NOT send us anymore legislation?”

Thanks for the exposure and comedic relief, Senator Rand Paul!