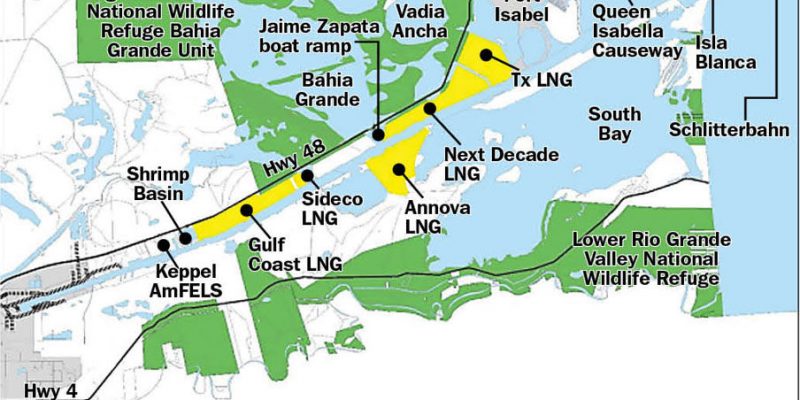 South Texas is poised to become the third-largest exporter of liquified natural gas (LNG) in the world, after four liquefied natural gas export terminals were approved by a 2 t o 1 vote by the Federal Energy Regulatory Commission.

LNG projects based in Corpus Christi are estimated to generate tens of billions of dollars for the Texas economy, and create thousands of job for the entire Gulf Coast region.

The projects include an expansion of an LNG export complex in Corpus Christi and three new terminals to be built at the Port of Brownsville.

“More natural gas infrastructure means less flaring and lower emissions, which means this is a clear win for the Texas economy and our environment,” Everley said.

They are currently seeking customers and financing before construction begins. Local residents and environmentalists have opposed the projects, expressing concerns about pollution near school districts, impact on the environment, traffic and wildlife.

Once implemented the four projects will make South Texas, and the U.S., the third-largest exporter of LNG behind Qatar and Australia.