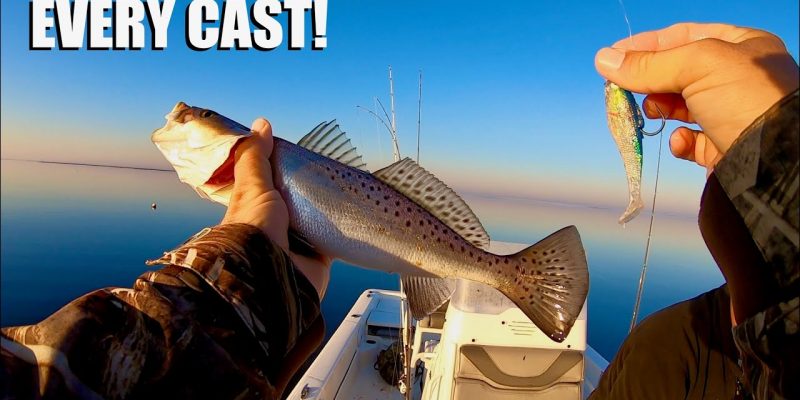 Since the dawn of man, anglers have been sleeping close to productive waters to be on site and catch the heart of the early morning bite. It’s a great feeling knowing the fish are closer than two high-school sweethearts.

Justin Bowles and I experienced that last week. After spending a short but comfortable night on the Chandeleur Islander, we faced only a five-minute commute aboard Bowles’ 24-foot Skeeter bay boat to our first stop of the morning, a point jutting out into a bay that was loaded with clear, green water, plenty shrimp and, as we’d find out, an absolute ton of speckled trout.

Bowles and I had found fish in the bay the evening before, so we had felt confident we could locate them again in the morning. Since the tide had been falling during our evening foray and was rising in the morning, we didn’t even hit the productive area of the previous evening. It turned out we wouldn’t have to wait for the tide to fall to catch all the fish we wanted.

At its current location, the Chandeleur Islander is accessible from the Rigolets, Lake Catherine, Shell Beach, Hopedale and the entire Mississippi coast.

Like the video? Please give it a thumbs-up, and subscribe to the Marsh Man Masson channel on YouTube. Also, leave a comment below. Have you ever fished the Biloxi Marsh? If so, how did you do there? Was it in the fall, or a different time of year? If not, do you plan on making the voyage?

Interested in more news from Louisiana? We've got you covered! See More Louisiana News
Previous Article South Texas to become third largest exporter of LNG
Next Article APPEL: Don’t Be Shocked To Hear It, But The DXC Economic Win Was Overrated