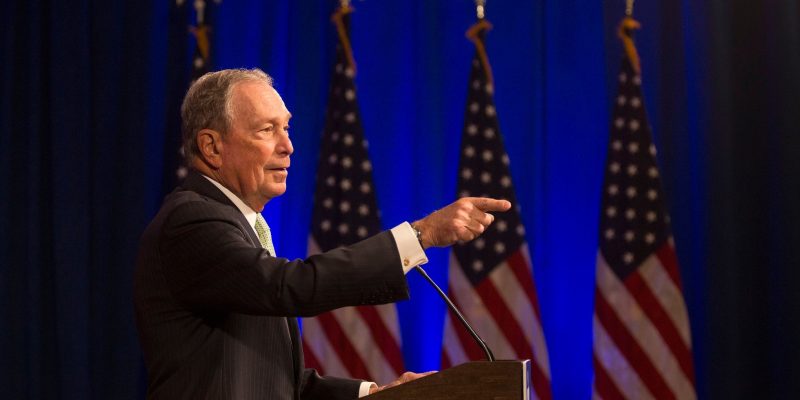 For several months, the Democrat front-runners for President have been largely the same – Joe Biden, Bernie Sanders, and Elizabeth Warren. That is likely to change given the entrance of two billionaires into the field of candidates for 2020, Tom Steyer and Mike Bloomberg.

While both candidates boast billionaire status, the net worth of Mike Bloomberg is a shocking $54+ billion compared to Steyer’s $1.5 billion making Bloomberg the world’s 14th richest man.

Bloomberg has begun a nationwide television ad campaign promising to “rebuild America”, presenting himself as a moderate and a successful businessman. His website advertises him as “a new choice for Democrats”.

Steyer participated in his first debate recently, marketing himself as “the climate change candidate” and an aggressive anti-Trump candidate. Driving that point home further, Steyer launched a new television ad, promising to expose President Trump as a “fraud”.

Without even participating in a debate, Bloomberg has already inched ahead of Steyer in national polls. Meanwhile, Steyer is seeing upward movement in some polls, registering as one of the top seven candidates in the important early-primary state of New Hampshire.

The two presidential hopefuls appear to be implementing two very different strategies. Steyer is building his message on progressivism and being anti-Trump while Bloomberg barely mentions the President nor any ideology or controversial political issues.

One disadvantage that Bloomberg has that Steyer does not is a track record from being in public office. The former Mayor of New York City is known for banning large soda containers, implementing the controversial “stop & frisk” policy, and fully supported the war in Iraq.

While most candidates rely heavily on donations to stay in the race, the vast resources of these two candidates will buy their ticket to “the end of the line” thereby changing the political landscape of the 2020 Democrat Primary.