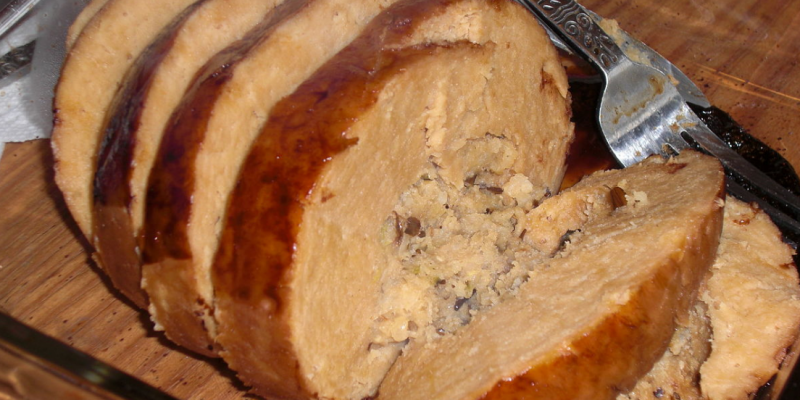 TIME magazine suggests that more people are becoming vegetarians because of climate change in its recent article, “Will Americans ever go meat-free for Thanksgiving?”

The article is not worth reading, other than to highlight its use of misinformation. It states:

As evidence grows that eating less meat can help curb the effects of climate change, more and more Americans are preparing meat-free holiday meals for the first time. According to a Nielsen poll taken in December 2018, 61% of Americans are willing to reduce meat consumption to help offset livestock’s environmental impacts. Sales of plant-based meat replacements in the U.S. have grown 31% over the past two years, according to a report by the data-technology company Spins commissioned by plant-based-food interest organizations.

First of all, thousands of scientists have debunked the climate change hoax pushed by globalists. Eating less meat, or eating more meat, has nothing to do with false science. How much one east can impact blood pressure, weight gain, and other physiological health issues. But gas from a cow does not contribute to global warming no matter how many wackos say it does. No evidence supports such a bizarre claim. Cows have been passing gas for thousands of years and the world has not gotten worse because of it.

Polls are subjective and selective. The second sentence in the paragraph above is incredibly misleading, or false. Sixty one percent of a sampling of what, 100, or 1,000 people? The poll does not even remotely represent the entire population of hundreds of millions of people living in America.

The sale of plant-based meat replacements has nothing to do with Thanksgiving. These are all non-sequitur arguments. And examples of poor journalism and an inability to use critical thinking skills, or an attempt to grasp at unrelated facts to make a false argument.

Another reason not to read TIME or the garbage it publishes.

Suggesting that Turkeys shouldn’t be eaten on Thanksgiving is another attempt to bash an American tradition rooted in thanksgiving– and thanksgiving to God.

And for anyone who has never tried Tofurkey–TIME should buy them one– just to support its argument. I’m sure they would appreciate learning first hand how much better it is than eating meat.