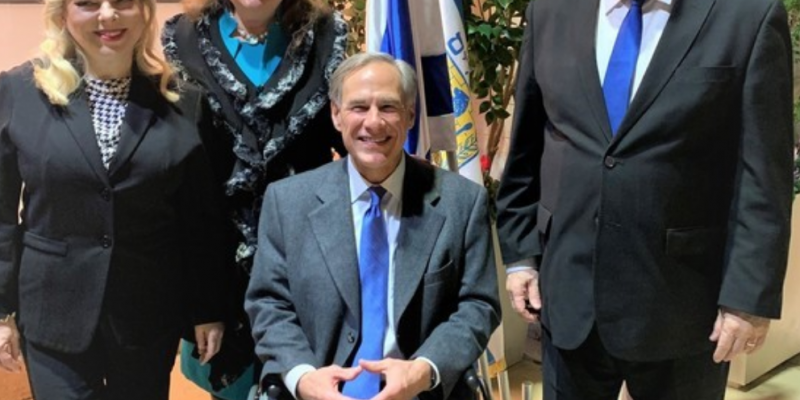 Abbott and the prime minister discussed “the long-standing economic and cultural bond between Israel and Texas, as well as ways to strengthen this relationship in the future,” the governor’s office said in a statement.

He also received the Friends of Zion Award, which recognizes global leaders who support Israel and Jewish people.

“Texas stands apart as the epicenter of innovation, business development, and economic prosperity, and I am committed to sharing this story of success around the globe,” Abbott said in a statement. “The Lone Star State’s reputation of excellence is known globally, and we will continue to build upon our record of success by fostering even stronger partnerships both domestically and internationally. I look forward to the opportunities this trip brings to strengthen our cultural and economic ties worldwide.”

In 2018, Texas ranked fourth among other states for its volume of exports to Israel, worth $953.5 million of goods. In 2018, Texas was the third-highest importer from Israel in the U.S., importing more than $1.5 billion in goods. Israeli-headquartered companies conduct business in roughly 60 locations in Texas.

The Israeli trip is the first leg of an economic development tour in Europe. The next phase includes Switzerland, at which Abbott will participate in the World Economic Forum in Davos.

The tour is the governor’s second trip to Israel and Switzerland.