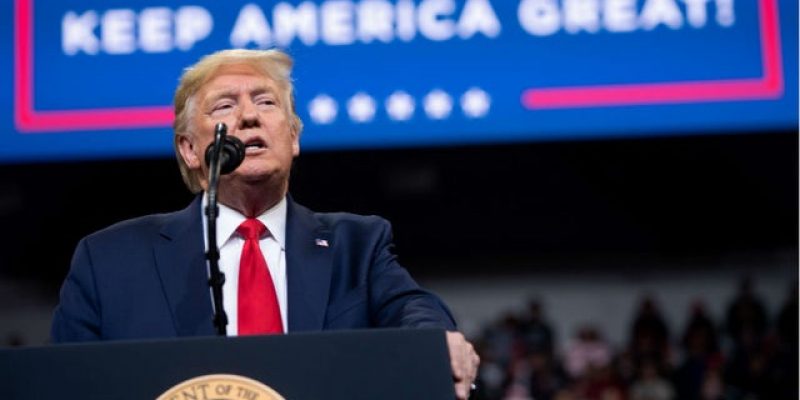 A new poll by Gallup is making Democrats nervous as it illustrates that Americans’ confidence in the economy, military, national security, crime control, and even race relations are all much improved since President Donald Trump took office in January of 2017.

President Trump welcomed the good news, sharing the poll twice along with the captions, “THE BEST IS YET TO COME” and “Incredible numbers!”.

According to the poll which was conducted January 2-15, among over 1,000 US adults:

Since 2017, satisfaction with state of…

Even if we accept the lowest side of the poll’s margin of error of plus or minus 4%, Americans appear to be considerably more satisfied with their daily lives and that spells doom for Democrats.

Does this translate into an even larger margin of victory for President Trump in 2020? Best case scenario, yes with the small possibility of a 1984-like national embrace of an effective administration. The worst case scenario is still a good one for Trump which, in my opinion, is the positive results neutralizing his impeachment and delivering a 2016-like margin of victory.

Either way, President Donald Trump easily wins re-election especially after the Senate acquits him and all the time & money wasted by Democrats will have only accomplished one thing- emboldening the President while also lighting a fire under his tens of millions of supporters.

The 45th President is also celebrating the results of presidential polling in the first-to-vote state of Iowa where a New York Times poll shows Trump defeating all major Democrats by 2-8%.