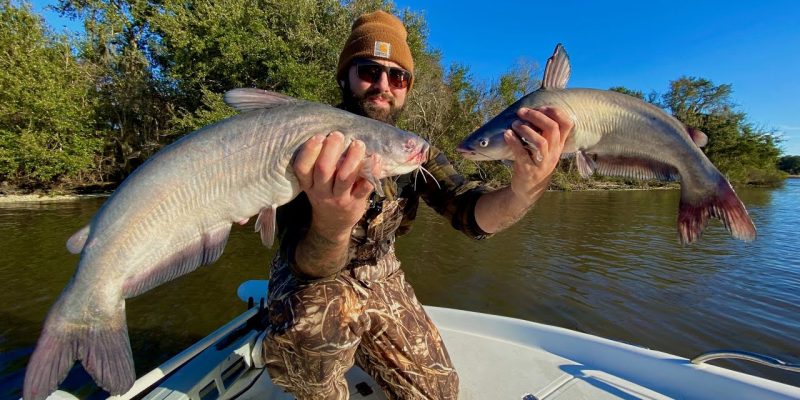 All anglers tend to get caught up in the minutiae. We focus on intricate details to try to give ourselves an edge when casting live, natural or artificial baits. We obsess over rod power and action, line thickness and reel ratios, all designed to help us detect subtle bites and turn those bites into captured fish.

But there’s something quite satisfying about getting back to basics and letting your gear fish for you while you’re watching TV or napping on the couch.

Capt. Theophile Bourgeois IV does that often this time of year. A lifelong resident of the coastal town of Lafitte, La., Bourgeois learned early in life that catfish crowd Louisiana’s wetlands, and catching them is about as challenging as falling off a wet log.

When he gets a hankering for some fresh fish, Bourgeois simply sets out a line of jugs in a lake near his house, and runs them the next day to see what Nature’s grocery store has on special.

He demonstrated his juglining technique for me this week, and although the conditions were less calm than a caffeinated cat in a room full of rocking chairs, we still had success, and brought the fruits of our labor back to Bourgeois’ lodge, where he cleaned and cooked them. We ate fresh catfish that only moments earlier had been swimming, and the fillets were even better than you might imagine.

Like the video? Please give it a thumbs-up, and subscribe to the Marsh Man Masson channel on YouTube. Also, leave a comment below or on the YouTube page. Have you ever set out and run juglines for catfish? If so, what are some of your keys for success? Do you find that any one season is better than any other?