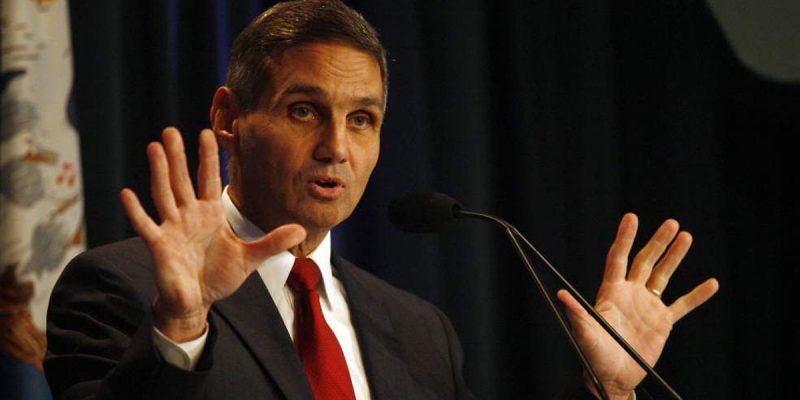 So, what’s going on? Apparently, Politics over People (sorry, I just can’t rationally say People over Politics so let’s just use PoP) has undertaken to undermine New Orleans District Attorney Leon Cannizzaro. This is the same Political Action Committee that raised money from questionable sources and used it to attack Eddie Rispone on behalf of John Bel Edwards. The phrase “mud throwing” doesn’t come close to their dirty political tactics, but they succeeded in demeaning a good man and re-electing someone they believe that will play ball with them.

The big question is this time which candidate are they trying to elect in order to control the DA’s office; or perhaps on whose behalf are they working? The later question is the most interesting. It has been widely written that the far left’s latest national tactic is to elect District Attorneys favorable to their views and control. And much of their funding comes from, you guessed it, George Soros.

In cities like San Francisco their success is measured in terms of policies that clearly seek to undermine long standing pillars of American society; the rule of law and the fundamental belief that safety of the majority is paramount to the rights of those who chose to violate the law. The results in San Francisco, the DA announced that he will no longer prosecute small crimes or living (and defecating) on the streets. I sympathize with the issues of the homeless, but liberal policies have turned that once beautiful city into a slum of the kind seen in the Third World. It is only a matter of time until petty crime runs legitimate business out of the that city and when no one will want to travel there. But the left has gained control that was what it was all about anyway.

One must speculate that Soros and his like see undermining of American society by destroying its legal foundations from within as their best approach to introducing socialism or worse into our nation. Think about this, throughout history, in order to break down democratic societies, Nazis and Communists used fifth columnists to undermine faith in government BEFORE they moved in. This tactic was always successful and don’t ever think that it wouldn’t be just as successful here. Soros and ilk are using our own principles against us, to first destroy faith in our nation and then to recreate it into some form of socialist dream of utopia. And we watch their efforts every day through their willing allies in the media.

So, do I believe Soros is behind PoP? Well maybe or maybe not, but the tactics appear the same. First enlist the support of the media to spread the Big Lie that American society is fundamentally racist and evil. Then pull on the heartstrings of the American people to feel sorry for the poor and minority people who have fallen out with the law. Then elect a District Attorney who will through his actions undermine those pillars of society that protect us from anarchy. Pretty slick!

Already we are seeing the early stages here in New Orleans and elsewhere in the South. Start with a drumbeat of unfairness to those who can’t pay bond fees or are convicted at trials, all the while ignoring the fact that crime is purely a matter of free will. Gloss over that no one is forced to rob, injure, or kill; that they do so freely and without reservation, and then give them an outlet to cry injustice when they must pay their debt to society.

Cut funding for the Parish prison so the Sheriff and courts are forced to release criminals back onto the streets. Severely reduce funding for the DA’s office and blame him when he can’t provide for speedy trials. Through propaganda, empower the people to believe that there is a vast racist conspiracy, with the expected outcome a “circle the wagons” response. Playing up inter-racial crime all the while playing down intra-racial crime, amplifying the racism meme. The list goes on and on, but there is a clear pattern of undermining from within our criminal justice system and a propaganda effort to divide our people.

We are a nation of laws. Without that fundamental principle we would live in chaos, clearing the way for the fall of American democracy and the substitution of strongman, socialist rule. This process has repeated itself throughout history and that should serve as a strong warning for us to not fall for one other current trend. At a state and national level, we hear the hue and cry for Criminal Justice reform. Of course, the nature of Criminal Justice reform is not defined in any rational manner, so it means different things to different people. When he ran the first time, Governor Edwards called for Criminal Justice reform as he cited unspecified unfairness and called for the release of 5,500 felons. He had no plan of how to reintegrate them into sane society, just to cut them loose. At the same time conservatives had their own Criminal Justice plan, based upon a belief that we have been spending far too much to house prisoners. These plans did not mesh but through some form of compromise the governor got his way and, though thousands have been released, little in the way of preparing ex-convicts for a career has been provided. But that wasn’t enough, it is widely expected that he will push for more releases because the first round didn’t really get the numbers down to what he desired.

My belief is that if we want criminal justice reform it lies in the arena of the definition of crime and punishment and that is a legislative matter. Just releasing criminals without any hope of meaningful work assures but one thing, they will re-offend. So, if we want to make our system “fairer” let’s address it through the definition of crime and the extent of the penalties for willingly violating those laws. Destroying the underlying strength of the criminal justice system is pure folly.

Even with legitimate reform, we would face a massive problem. I have written tirelessly about how we are a state that fails to produce meaningful employment through business growth and attraction. The result is that demand for workers at livable wages, especially entry level workers such as released felons, is very low. This lack of good jobs breeds the kind of climate that results in gunfights with no regard for the innocent, murder, armed robbery, and a whole host of other criminal offenses. Until we can give all citizens a stake in our society through a good job, I am afraid that we are fooling ourselves into thinking that any reform would work.

So, back to my opening question, what is going on? I believe that we are seeing an attempt by left wing radicals, probably guised as support for a candidate, to further undermine our already weak city. They will then step in to promote their socialist views by using our own principles against us. They will do so by putting forth candidates that they can control, and they will use the fear that they have spread to get them elected. That fear will be in two forms; the fear of crime and the fear of one race against another.

As I said, pretty slick!