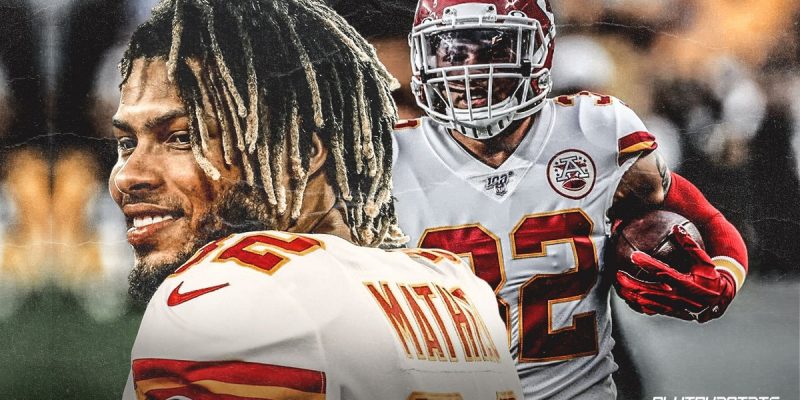 Read Part I here, as necessary context for a four-part series looking back at where Kansas City Chief star and Super Bowl participant Tyrann Mathieu was before turning his life around. Read Part II here. 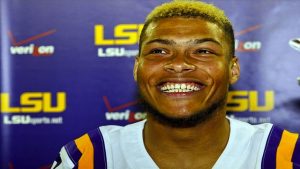 Mathieu should get his chance at resurrection

I was as shocked as anyone when I heard the report that Tyrann Mathieu, Les Miles and LSU’s prodigal son, had expressed interest in returning to the LSU football program after sitting for a year.

Given Mathieu’s seeming obsession with his greatness on Twitter, it was easy to assume that he would transfer to an FCS school, play the year, and enter the NFL draft next spring.

But I have to admit, there was something nagging at me, something that stemmed from standing a foot away from him at Media Days and sensing how truly quiet this young man is at heart.

Something that stemmed from reading how humble and shy he was when he was being interviewed for an article by Randy Rosetta (link expired).

Something that stemmed from a photo of his big smile I posted in the article I wrote over the weekend.

But all of those gut feelings took a back seat to my anger and frustration with yet another young athlete derailing a possible career because of an inability to follow the rules.

Maybe this is the former coach in me.

But if Tyrann Mathieu is willing to pay his own way to school for the next year and sacrifice football, thereby taking him completely off the radar for the 2013 NFL draft, this will show an unprecedented level of humility and willingness to change.

It will show how wrong I was in my assessment of the situation in my recent article.

Mathieu was dismissed from the team and suspended for the season following failed substance-abuse tests, but he was not dismissed by the university. The possibility of future reinstatement would have to be approved at many levels, including university administration and head coach Les Miles, and it is being discussed.

Mathieu has visited McNeese State west down I-10 in Lake Charles, and playing there remains an option because it is an FCS school and he would be eligible right away, according to a source close to Mathieu. Some sources have even jumped the gun and reported him going there already.

One cannot help but remember another star LSU player who transferred to McNeese–Cecil “The Diesel” Collins.

Let’s hope Mathieu doesn’t end up being the colossal waste of talent Collins was.

Sources say that Mathieu has been “heartbroken” and “grieving” since his dismissal from the team. On his Twitter account after the dismissal, he wrote this:

“So grateful for LSU & it’s fans!! I wish those guys the best on their National title run… I’ll  be you guys biggest fan. Jeremiah 29:11,”

I immediately looked up the Bible verse, saw that it was related to the resurrection of the self, and made the assumption, like everyone else, that Mathieu, though he may have been sincere in his love for LSU, would never consider sacrificing himself or his NFL draft status for a chance to play for LSU again.

It turns out Mathieu may indeed love the purple and gold more than himself.

Mathieu has said that draft status is not a priority right now. He has also told people close to him that he is interested in working on his maturity and character issues and also in seeking out any way to continue his education at LSU, which would mean he’d have to pay for his own schooling in the next year.

I say do it. Test him every week for a year. Make him pay for the testing. Make him report to an authority outside the football administration offices with his grades. Make him continue the counseling he started in the spring and summer.

Allow him yet another chance to right this wrong he’s done. To me it would be more of a punishment than getting to play football at McNeese this year. And it would be a self-inflicted punishment, at that.

I say if Tyrann Mathieu can shed the Honey Badger persona and rediscover the young kid just happy to be playing football inside, and he can do it for a whole year, reinstate him at LSU. Give him his scholarship back and start him in the defensive backfield and as punt returner from day one.

It would be an unprecedented story of redemption in the world of college football. Such humility would humble a lot of people and their opinions, including my own.

Part IV, the final segment of the series, to come….