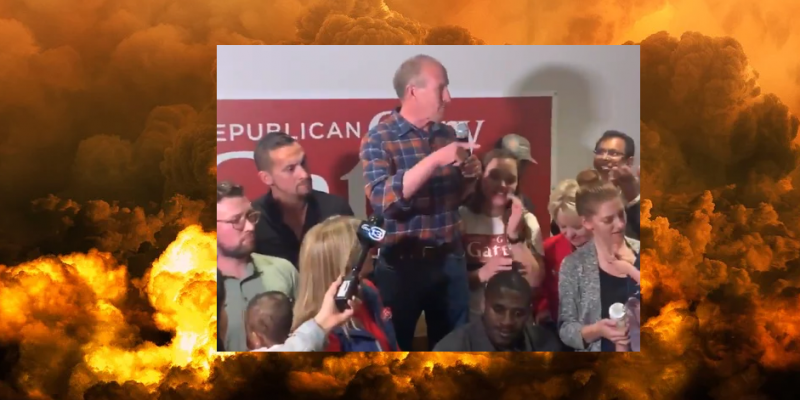 In the largest turnout in a special runoff election in modern Texas history, a double-digit victory of around 9,000 votes gave recurring candidate Gary Gates the victory over a Democratic challenger in a Texas House district in a Houston suburb incorrectly predicted to turn blue.

Just two years ago, when U.S. Sen. Ted Cruz eked out a three-point victory over U.S. Rep. Beto O’Rourke statewide, observers immediately pointed to the “purpling” of Texas. The thought was that surely the “urban suburbs” would fall first, leading to a domino effect brought on by resistance to Donald Trump and changing racial demographics.

Fort Bend County, once an outpost of the Houston metro and now a booming suburban county, became the case study. All within the same county, Republican U.S. Rep. Pete Olson decided to retire, as did GOP state Reps. Rick Miller and powerful House chairman Rep. John Zerwas, in addition to troubles endured by outgoing Speaker Dennis Bonnen. Were they the canaries in the coal mine? Democratic operatives and the mainstream media alike falsely prophesied a “Texodus” of elected officials leaving office (as much as they appropriated a phrase, but that’s another story).

Thus, the game was afoot: national PACs and Democratic entities would target Zerwas’s HD 28 and make this a proving ground for the November 2020 elections.

In the end, not only was it a 16-point loss for the Democratic candidate, academic author Eliz Markowitz, but the results were four percentage points above Zerwas’s win against a Democrat opponent in 2018.

To add insult to the morale injury sustained by Democrats: it was the highest voter turnout for a special election in recent Texas history with over 20%. The final unofficial tally was Republican Gates with 58.05% (17,457 votes) and Democrat Markowitz with 41.95% (12,617 votes).

By contrast, in nearby HD 148, Democrat Anna Eastman beat GOP challenger Lui LaRotta 65.5% to 34.5% out of a total around 7,000 votes. And by extreme contrast: In HD 100 in Dallas, Lorraine Birabil bested James Armstrong, both Democrats, by a small 800-vote margin with around 2,500 votes total in that race. Both seats remain in Democrat hands.

According to Rice University’s Mark P. Jones, the previous top vote-getter in a special runoff election was House District 48 in the Austin area in 2006, with just under 22,000 total votes.

The Republican Party of Texas and the Gates campaign were busy chartering buses of volunteers and paying for room and board last weekend to drum up support. But they were far outmatched by the Democrats. A Florida-based PAC was airing attack ads on Gates around the clock. Beto himself was there on the ground, where organizers report they knocked 41,000 doors and recruited 1,100 volunteers from 155 cities and 19 states. Even endorsements from Elizabeth Warren and Joe Biden couldn’t generate enough excitement to flip the district.

The truth came out as the early votes began to be counted: Democrat strategists and Markowitz herself admitted it was an uphill battle, after months of pointing to an inevitable demographic shift that would favor the Dems. As Markowitz said in her election night remarks:

“We knew this election would be tough — it’s not easy to take on Republicans in an off-year special election, but we made this seat competitive in a way it’s never been before. We head into November having established a movement for change and that movement will continue across the state of Texas through November. This is a grassroots campaign dedicated to putting people over special interests, and we’ve built a network that will last for years to come.”

“Today’s win for Republican Gary Gates is a testament to his campaign’s focused diligence in the field throughout the district during this Special Election. This Republican victory is a complete rebuke of leftist Beto O’Rourke and his fellow Socialist Progressive Democrats, including several running for President, who parachuted in to try to peddle their far-left ideologies to Texans. After spending hundreds of thousands of out-of-state dollars attempting to push Gates’ Democrat opponent over the line, Texas voters sent a clear message – a resounding rejection of Socialist Democrats gun-grabbing, church-taxing, abortion-on-demand policies. The Democrats built this race up and touted it as an indicator of the 2020 election here in Texas, and were forced to walk it back when they realized that Texans were soundly rejecting their socialist policies and out-of-state money.

“Congratulations to Gary Gates and his campaign for this fantastic victory for Texas and for the constituents of Texas House District 28. The Republican Party of Texas was proud to be a part of a coalition to support this victory. The unprecedented cooperation and coordination we were able to construct is the model for our 2020 Victory efforts. We will defend Texas from the liberals’ socialism and we will unite to fight again for victories from the White House to the courthouse this November. We will keep Texas red.”

It’s not over for Gates, though he now has the incumbent’s advantage. He and and a lesser-known primary opponent will face off March 3, followed by another Gates-Markowitz showdown in the November general election.