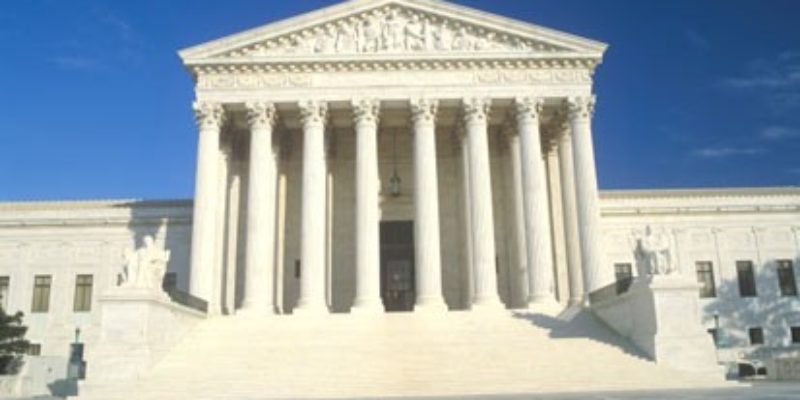 The U.S. Supreme Court’s decision to not fast track the state of Texas’ against the federal government challenging the constitutionality of the Affordable Care Act (ACA) means lower court rulings will remain in place for now, Rob Henneke, general counsel and director of the Center for the American Future at the Texas Public Policy Foundation, said.

Henneke said he doesn’t know when the Supreme Court will hear the case during its next term, either in fall 2020 or spring 2021. But an opinion would most likely be made in 2021, he said Wednesday at a policy briefing held in the Texas capital.

Texas Attorney General Ken Paxton, closely working with the TPPF, heads a coalition of 19 state attorneys general who have sued the government, arguing the ACA is unconstitutional.

California Attorney General Xavier Becerra, leading a coalition of 17 state attorneys general, argues the opposite. The coalition’s most recent request for the U.S. Supreme Court to fast track hearing the case was rejected.

When the Supreme Court does hear the case, it will be the third and possibly last time since the law’s passage.

In 2012, a divided court ruled the ACA’s financial penalty on individual’s who didn’t pay for insurance was constitutional because Congress has “the power to impose a tax on those without health insurance.”

In 2015, the court upheld the use of federal subsidies to lower premiums based on income.

In February 2018, the Texas-led coalition of 19 states sued, arguing the law was without merit after Congress, in 2017, reduced the penalty for the uninsured to zero.

“Once the heart of the ACA – the individual mandate – is declared unconstitutional, the remainder of the ACA must also fail,” the lawsuit argues.

U.S. District Judge Reed O’Connor agreed, ruling in 2018 that the individual mandate was unconstitutional now that the penalty was set at zero.

Becerra’s coalition disagreed, arguing that while the law lowers the tax penalty to zero, it did not invalidate it. They appealed, and lost, after the 5th U.S. Circuit Court of Appeals in New Orleans, in December 2019, agreed with O’Connor.

“As the court’s opinion recognized, the only reason the Supreme Court upheld Obamacare in 2012 was Congress’ taxing power, and without the individual mandate’s penalty, that justification crumbled,” Paxton said after the ruling.

The Appeals Court did not rule on whether the individual mandate could be separated from the rest of the law. Instead, it sent the case back to a lower court to decide. In the meantime, Becerra’s coalition sought to have the Supreme Court hear (and rule on) the case before it potentially reached the lower court, and before the 2020 election.

Becherra tweeted that he hoped the court would review it because “the lower court’s decision is wrong and creates uncertainty about the future of the Affordable Care Act.”

Either way, Henneke says the Appellate Court’s decision “puts us one step closer to eventually freeing the American people from its unconstitutional mandates and regulations.” And the Supreme Court’s decision keeps the lower courts’ stay in place.