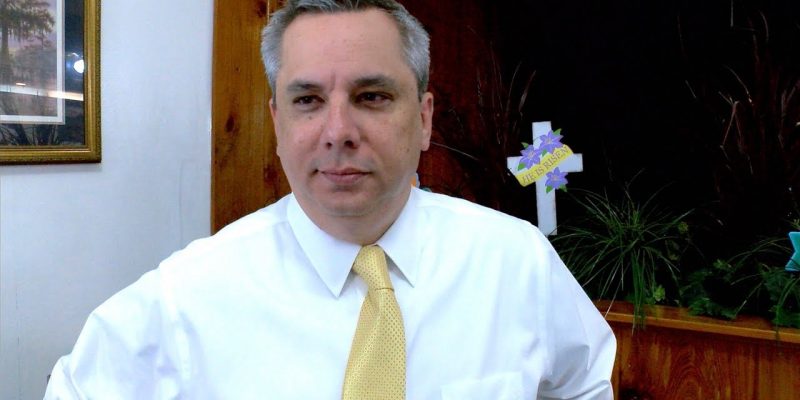 …with respect to the race for Speaker of the House between Sherman Mack and Clay Schexnayder. And frankly, we don’t understand it.

As we understand things, Mack’s side believes they have commitments from some 51 of the 68 House Republicans, plus one of the two independents (we think it’s Roy Daryl Adams of Clinton) and a handful of the members of the Black Caucus on the Democrat side plus one or two of the white Democrats. That would make him the Speaker of the House when the vote is taken a week from today.

And as we understand it Schexnayder has some 15 Republicans, plus a smattering of Democrats. As we’ve heard it there are two Republicans who are legitimately on the fence.

Most, though not all, of the outspoken conservative House members have lined up behind Mack. Several of the most prominent ones are on his leadership team and will be occupying key posts and committee assignments. Rep. Blake Miguez (R-Erath) has already won the position of House Republican Delegation chair, for example.

If it’s going to be Mack, what you would hope is that he would be Speaker because he was able to secure 53 votes from the Republican delegation, and therefore it would be Republicans controlling the House of Representatives and forcing Gov. John Bel Edwards to deal directly with the legislative leadership if they want anything done. Considering that voters elected a nearly veto-proof majority of 68 Republicans in the 105-seat House last fall, that degree of independent Republican leadership reflects the will of the people.

But as of right now it’s probably going to take some Democrat votes to push Mack over the top and get him to 53. And to get that, he’s likely going to have to throw some chairmanships and vice-chairmanships to Democrats in order to buy their votes. For example, as things stand don’t be surprised if Mack ends up giving the chairmanship of the House Agriculture Committee to Francis Thompson, the half-dead Democrat from Delhi who’s been in the Louisiana legislature for half a century, so long in fact that he’ll be the first legislator in state history to be termed out of service in both houses and yet still be in the legislature (Thompson was termed out in the House, then moved to the Senate where he termed out after last year and is now back in the House). That’s something which should never happen – Thompson shouldn’t even be in the legislature anymore, much less chairing a committee as a Democrat under a Republican majority and Speaker – but it’s what happens when the dealmaking begins.

We’re not particular fans of Sherman Mack, and we’re not going to pretend he’s some great guy we’ve warmed up to just because he’s in position to be Speaker. After all, he’s a billboard lawyer. That, in a state overrun with billboard and TV lawyers jacking up car insurance rates with garbage lawsuits, is a major strike against him. That Mack has carried water for the public school crowd in Livingston Parish by opposing school choice, under the more-or-less-expressed rationale that if full-blown school choice were to take hold in East Baton Rouge Parish next door it would slow economic growth in Livingston, doesn’t particularly recommend him, either.

But Mack is who ran, and conservatives like Miguez, Alan Seabaugh, Mark Wright and Rick Edmonds made the decision that he was the best option of those who could win. It isn’t a betrayal of principles for them to have done so, by the way; somebody was going to be Speaker, and while conservative Republican ideologues are the majority in the GOP delegation (and Mack won the delegation’s endorsement with 39 of 68 votes; he’s picked up some 14 more since that vote last month from what our sources tell us) so there aren’t quite 53 of them to make a majority in the House overall, the intelligent move is to find the most conservative potential winner available and make deals with him for leadership positions and agenda items.

Mack has, it appears, done that. Statements he’s made indicate he’s willing to not just continue the House’s independence from Edwards but take the fight to the governor, and those members of his leadership team seem pretty encouraged he’ll do that. When lefty pundits like Gambit’s Clancy DuBos are whining that the House isn’t really independent because LABI and Lane Grigsby “control” Sherman Mack, which is an asinine statement, that’s when you know Edwards’ camp isn’t happy with this potential result. And we do have a recent example of getting pretty good performance when someone of a non-conservative pedigree makes deals with conservatives to attain a position of leadership. That’s the very definition of Donald Trump’s presidency, after all.

But Mack’s effectiveness will be dampened if he has to depend on Democrats to make a majority for Speaker.

The solution, from a conservative perspective, would be for a few of the remaining Republicans who are either on Schexnayder’s side or are uncommitted to make deals with Mack and his leadership team in order to claim some committee chairmanships and vice-chairmanships that might otherwise go to Democrats, and thus consolidate control of the House in Republican hands. And Mack should accept those deals rather than reject them and fill out his support with Democrats he would then owe something to.

Here’s hoping this week Mack can satisfy some of the remaining holdouts and put the Speaker’s race to bed the right way. Barring something unforeseen and definitively unlikely, there is no other viable candidate to lead the House at present, so what’s important is that the Speaker have the right coalition of support and influence to do the best possible job in checking Edwards’ potential second term abuses.