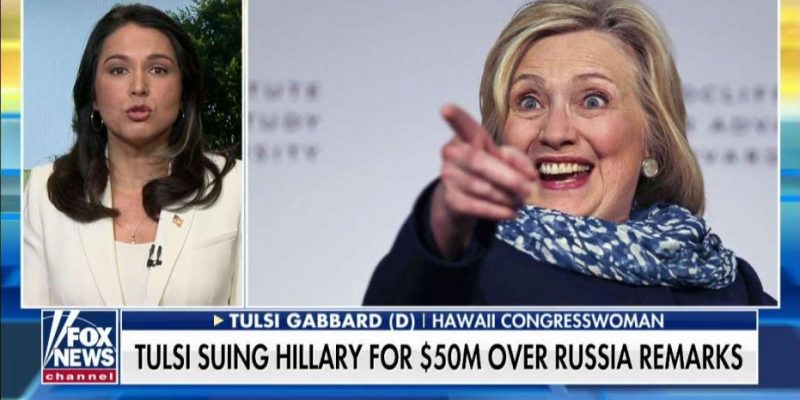 The two political figures clashed last year after Clinton alleged that Gabbard was a “Russian asset” and “a favorite of the Russians”, something the retired US soldier took great offense to.

Gabbard wasted no time firing back at the former First lady in a blistering tweet:

“Thank you @HillaryClinton. You, the queen of warmongers, embodiment of corruption, and personification of the rot that has sickened the Democratic Party for so long, have finally come out from behind the curtain. From the day I announced my candidacy, there has been a concerted campaign to destroy my reputation. We wondered who was behind it and why.”

Tulsi’s campaign today released a statement on the lawsuit that reads in part:

“Despite my lifetime of service to our country, Hillary Clinton has essentially tried to portray me as a traitor to our country. If Hillary Clinton and her allies can successfully destroy my reputation – even though I’m a war veteran and a sitting member of Congress – they can do it to anybody.”

A spokesman for Hillary Clinton called the lawsuit “ridiculous”. Politicos continue to speculate if Clinton will wage a last minute presidential bid, something she has not ruled out when asked.