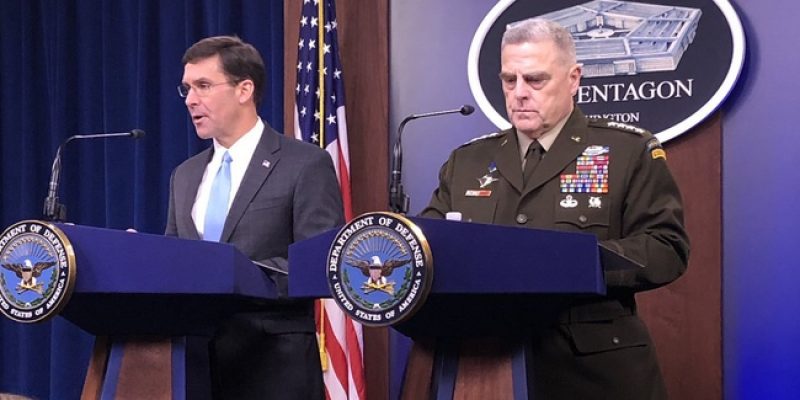 April Fools came early for our friends in Iraq yesterday as the Defense Department mistakenly sent a letter to the Iraq government accepting their formal request for US troop withdrawal.

The letter, which seems to accept Iraq’s request for withdrawal, reads in part,

“We respect your sovereign decision to order our departure.”

“It was a mistake, it was unsigned, it should not have been released. It was poorly worded, implies withdrawal, and that is not what’s happening.”

He went on to explain that US forces will simply be moving positions and consolidating vulnerable locations.

“That letter is inconsistent of where we are right now.”

Another reason for confusion is that the language contradicted the position of the Commander-in-Chief, President Donald Trump, who dismissed the vote which came in response to the airstrike on General Soleimani and threatened possible sanctions.

“There has been no change in US policy with regard to our force presence in Iraq.  We continue to consult with the Iraqi government regarding the defeat-ISIS mission and efforts to support the Iraqi Security Forces.”

There are approximately 5,000 US troops currently stationed in Iraq.