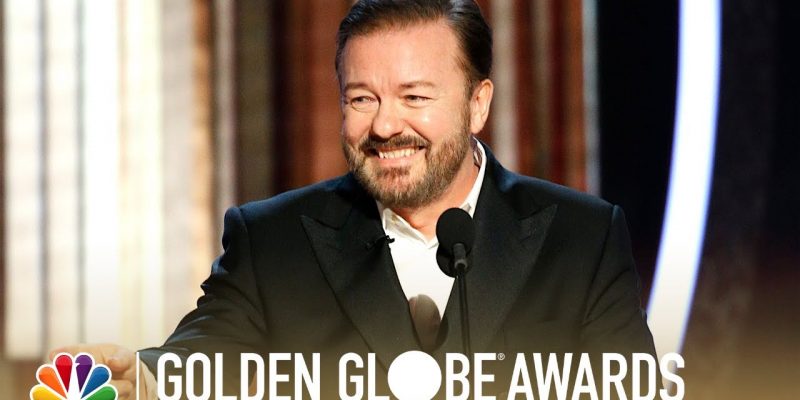 IF you haven’t seen the video of the opening monologue at last night’s Golden Globe Awards and you’re not a huge fan of what Hollywood has become, this will be quite satisfying for you.

British comedian Ricky Gervais, the host for the event for the fifth, and, he says, final time, let it all hang out in dropping truth bomb after truth bomb in joke after joke at the expense of the film industry, and as the cameras panned into the crowd it was clear several of the Hollywood figures to whom he was referring weren’t quite comfortable with the humor.

That was something Gervais clearly couldn’t give a damn about.

And good for him.

A couple of Gervais’ biggest hits were truly spot on. He made a crack about Jeffrey Epstein, noting that there will be a second season of The Afterlife, a show about a man so depressed following his wife’s death from cancer that he considers suicide, and taking that as an indication that, like Epstein, the man didn’t kill himself. And when the crowd murmured about that joke, Gervais hammered them with a killer line, saying “I know you were friends of his.”

And at the end, he demanded that award winners not use the stage as a platform for political speeches, telling them they know nothing about the real world and cracking that most of them “have had less schooling than Greta Thunberg.”

It was a brilliant performance, and a savage takedown of what Hollywood has become – a leftist parody of an entertainment industry, where storytelling has become a polemical exercise, where plots are dumbed down to the point of absurdity, where a pursuit of diversity in an industry completely dominated by certain demographics of white people detracts, rather than adds to, the product the industry turns out and where red ink continually swallows up black ink.

When the host of a show like the Golden Globe Awards can drop these kinds of harsh cracks on an assemblage as distinguished as the one last night and have it resonate like Gervais’ monologue did, it’s a sure sign of an industry in decline. Kudos to him for giving an entertaining bit of shock therapy.