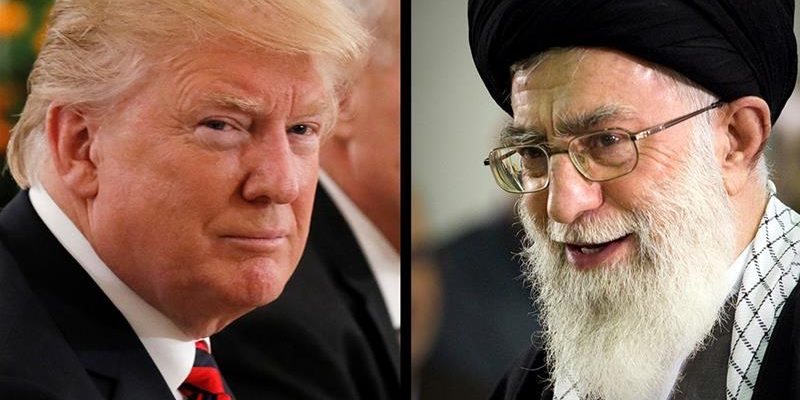 Over the weekend Iran State Television aired a broadcast of General Soleimani’s funeral where a eulogist placed an $80 million bounty on the life of President Trump saying,

“If each one of us puts aside one American dollar, we will have 80 million American dollars, and we will reward anyone who brings us [Trump]’s head with that amount.”

Chants of “death to America” could be heard and a red flag was raised over the mosque, a symbolic gesture that war is imminent. It remains unclear if the regime endorses the bounty.

President Trump has issued a stern warning to Iran cautioning them against retaliation saying,

“The United States just spent Two Trillion Dollars on Military Equipment. We are the biggest and by far the BEST in the World! If Iran attacks an American Base, or any American, we will be sending some of that brand new beautiful equipment their way…and without hesitation!”

“Let this serve as a WARNING that if Iran strikes any Americans, or American assets, we have targeted 52 Iranian sites (representing the 52 American hostages taken by Iran many years ago), some at a very high level & important to Iran & the Iranian culture, and those targets, and Iran itself, WILL BE HIT VERY FAST AND VERY HARD. The USA wants no more threats!”

Meanwhile, Iran withdraws from the 2015 Nuclear Agreement and the Iraqi Parliament holds a symbolic vote calling for the departure of US troops. President Trump appears intent on leaving on his own timeline, threatening to slap sanctions on Iraq for following through.

On the home front, Republicans stand united while Democrats criticize the President’s strategy and House Speaker Nancy Pelosi proposes legislation to limit President Trump’s war powers in Iran. Of course, such legislation is dead on arrival in the Republican-controlled US Senate.