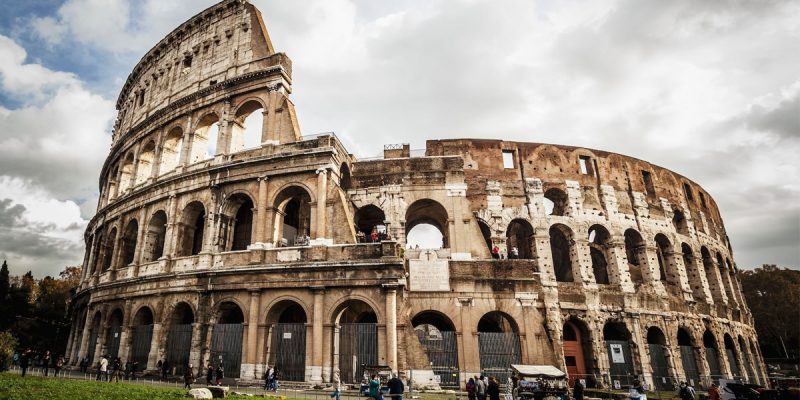 It’s Mardi Gras time in New Orleans. I will confess that I love the parties, the food, and the fun. But Mardi Gras also serves as the single most poignant demonstration that New Orleans is truly the City that Care Forgot.

After all what other city in America proudly measures its economic success by the tons of trash cleaned from its streets. Not on the declining level of poverty, not on a booming business sector, not on its growing skyline; no, on trash, how many tons of trash. Trash is our strong metaphor for what the people think an economy should be. And so they should, no one has told them differently.

Two thousand years ago Roman emperors knew the value of public good will. They knew that empty stomachs, high taxes, and squalid living conditions could be overcome by diverting the people’s emotion away from failed leadership. The Circus, horse racing, theater, handing out food and money, and gladiator competitions, all means to an end for Roman patricians. The Colosseum in Rome stands as mute testimony to a political structure that enshrined itself by using spectacle to keep the people happy.

To a politician tourism is a great industry in a city where so many people are un- or under-educated. It is a perfect panacea for leaders who would rather provide the people with free entertainment than tell them the truth. And the truth is in fact that they are truly victims, but just not the victims of a society stacked against them that liberal politicians would have them believe. The truth is they are casualties of a political class that sustains itself by promoting concepts of racial divide, victim-hood, and unfairness. Sound familiar, it should, these were the same images used by the Roman ruling class.

Without a doubt when someone is born into modest means they start life with a tangible burden. Though poverty today is far from what poverty was even fifty years ago, those in poverty find it difficult to achieve their vision of the American Dream. That Dream is a perception not of reality, but a vision as defined in the images portrayed on TV and on the radio. And in modern American, perception is reality.

Though basing their efforts on different issues, politicians today, just as politicians two thousand years ago, seek to ensure that they remain ensconced in power by avoiding the truth and instead substituting a diversion from truth by offering spectacle.

The truth that they are afraid to tell the citizens, is that there is a gateway to prosperity for the people who choose to pass through it. Modern politicians avoid revealing this because, as the underpinning of their own power, they do not want the people to feel empowered to do without them.

The great American truth, the gateway if you will, is that the people are truly victims, but they are victims of their own beliefs. The path to prosperity lies not though the unrequited promises of generations of politicians, it lies through hard work, dedication to family, frugality, an education ethic, and generational accumulation of wealth. There is no shortcut. There is no easy way that some are granted over others. Yes, being born into poverty is a burden, but it is a burden that has been shared by many who or whose families, after observing the tenants of truth, crawl out of.

Modern liberal politicians won’t tell the people these things. They always default to some “culture” of Mardi Gras or they promote the glory of the Saints or Pelicans. Think about this, when last did you hear a leader tell the people that living in poverty is not a situation pre-ordained by some imaginary victimhood; tell them that they and their families are the key to their own prosperity. I dare say never.

Sure, we all love Mardi Gras and the Saints, but we can have those spectacles AND prosperity. We can if reality becomes the rule not the exception. The only roadblock to generational prosperity is in the mind of the people. Sadly, the politicians who capitalize on the people’s mis-guided beliefs that keep them trapped in misery, are no better than the Romans who died out centuries ago.

So, let’s enjoy another season of Mardi Gras, as we wait patiently for a leader to emerge who will have the courage to tell the people not what they expect to hear, but that that will lead them away from spectacle and toward their own glory.