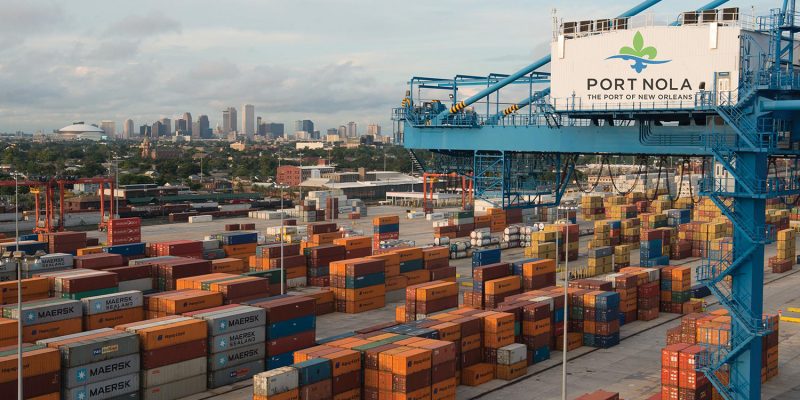 This weekend the Advocate featured an editorial that concluded with a subtle attack on one of the President’s most important initiatives, fair trade. Unfortunately, they focused on the short-term politics of the issue and not the long-term economic potential. They built their argument on the significance to Louisiana’s economy of our international port complex and the negative impact that tariffs have had on port traffic and revenues. All of that is true, but in the context of our economy the President’s vision and his strategic use of tariffs offer us a once in a lifetime opportunity to recapture what was once our birthright. The editorial authors, in their eagerness to attack the President, missed the significance of what the President’s efforts should have on Louisiana’s long-term prospects.

The people of our state need to understand that though we have always had a strong relationship with international trade, the nature of that relationship and the benefits flowing from it have changed over the decades. We once possessed a fully diversified trade economy, an economy underpinned by port operations, but far more than that. Value added manufacturing, international trade corporations, banking, ship building, and distribution all contributed to make ours a fully integrated business sector that sustained prosperity producing jobs.

Today, as I have written before, our ports have become basically transit ports in which we either transship someone else’s cargo or we ship away the primary materials made in our petrochemical complex. Gone are most of the corporate businesses and banks, gone are the manufacturing and distribution facilities. Our ports are still powerful economic engines, but we have watched as what was once ours just slipped away. And worse, so much slipped away to states that have taken full advantage of their port assets. Though our ports offer so much potential, we invest very little capital in our ports’ potential. In fact, most port projects are self-funded on a case by case basis, without the benefit of any long-term strategy.

The Advocate’s conclusion was incorrect as it missed the target, but it does unmask the fatal flaw that has caused decimation to our once vibrant business sector. A review of our economic history demonstrates a direct correlation between Louisiana’s loss of trade-based industries and the trends of the world’s international trade economy.

Let me explain how that impacts us. As noted, the diverse elements of our trade economy that we once enjoyed included a great diversity of sub-sectors that have since disappeared. There are three reasons why this happened. First, we let it. We as a state have refused to improve our business climate and so when it came to making location decisions, businesses chose to move elsewhere. Second, the nature of trade changed. Like so much else in our world, technology and business practices changed, even as we didn’t invest in change. But the most devastating reason is the fundamental point that the Advocate missed. It is why the President’s trade initiatives offer us here in Louisiana so much long-term opportunity

Since World War II the US embraced a form of free trade; it was truly open, free trade but it was not fair trade. Through these years the mainly Asian countries (remember the Asian Tigers of a few years ago?) learned that they could supercharge their economies with government subsidized trade, manufacturing, finance, and transportation. They were able to do so by taking advantage of our misplaced trust in our definition of free trade. In fact, what we in America perceived as free trade was truly unfair trade. The result was we Americans, especially Louisianans, watched as our industries and business moved overseas. The proof of this devastating trend surrounds us. Our riverfront is dotted with closed manufacturing facilities and New Orleans is full of buildings that though once home to companies engaged in international commerce, today are hotels or condos. All these closures led to a loss of jobs and a decline in our appeal as an economic center.

This is the point the Advocate missed and where the President is right. Fair trade, but not one-sided free trade, is extremely important to Louisiana. If we can cast off our absurd state policies that drive business away, under such a fair-trade regime as envisioned by President Trump, we should be able to recapture those big economic sub-sectors that lead to good jobs. Smart state policies aligned with fair trade will be the rebirth of a fully integrated domestic Louisiana trade economy that would once again offer prosperity to so many, so many more than just our transit ports do.

The only way that we as a nation can re-balance trade into legitimate fair trade is through the courageous stand that the President has taken. Under his vision, fair trade results in a repatriation of industries and capital to achieve a balance with our trading partners. That means that there will be growth in the very economic sectors that we should excel in. When trade is re-balanced, we can attract value added manufacturing, we can attract businesses, we can attract distribution. President Trump’s strategy is not a negative for Louisiana, it is the greatest opportunity to diversify our economy and create real prosperity producing jobs in almost fifty years.

But in order to do so we need to have a fundamental revolution in our thinking. We must dramatically improve our business climate so that we can take advantage of the opportunity handed to us by the President. The alternative is to wave the white flag of surrender and to maintain a status quo that has severely hurt Louisiana.

The Advocate is right there will be short term pain. But they have failed to see the amazing gift that the President’s strategy has handed to us.