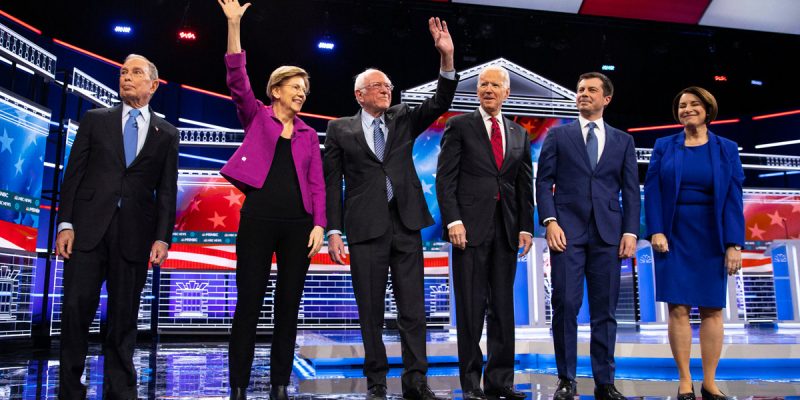 Here’s a breakdown on the Democratic precinct caucuses that will held across Nevada at noon West Coast time.

What: Nevada is the third contest in the fight for the Democratic presidential nomination. Unlike the easy to follow New Hampshire primary (which is a direct election) Nevada will be doing it via the c- word, caucus.

This will be the number, not the votes of participants but county convention delegates, that will be used to calculate the allocation of delegates.

Lucky 15: While 7 might be a popular number on the Vegas Strip, 15 is the operative number in terms of the caucuses as candidates must reach that number or they’ll receive a green 00.

Caucuses attendees whose candidates don’t reach viability (which is a different percentage based upon the number of county delegates awarded) can then recaucus with a viable candidate on the second round.

This was the dynamic that allowed Pete Buttigieg to perform well in Iowa.

1) Early vote– defying the very point of having a caucus tens of thousands of preference ballots have been cast in advance, including by a wheelchair bound Harry Reid. Who hustled the hardest on this angle and will this lead to Nevada converting to a straight primary in future years?

2) The Culinary Union Fatwa– Bernie Sanders’s Medicare for All is not too popular with this influential union, who sees it as a danger to their insurance plan. While they haven’t gotten behind a particular candidate, the declaration of hostility towards Sanders could help shape the results.

3) Strip Voting– Get your minds out the gutter folks, on-shift service employees will be caucusing inside casinos across the Las Vegas Strip.

4) Diversity of Voters– Nevada has large Latino, Asian, and bigger than New Hampshire black communities. Do these groups vote as a block and for whom is their favorites?

What Do the Polls Say: Sanders is supposed to cruise to a win, but he was also supposed to do that by healthy margins in Iowa and New Hampshire. The big question is where do the supporters of nonviable candidates go after the first cut?

This is where a surprise strong showing by people’s second choice shakes things up, especially with Sanders being so polarizing.

As of right now only Sanders is polling far outside the 15% threshold while Buttigieg, Liz Warren, and Joe Biden within the margin of error for getting to 15%.

What I’m Thinking: Bernie once again wins the most vote but his delegate take gets compromised by too many non-viables going over to someone else in ballot #2.

1. Sanders 2. Buttigieg and 3. Biden all leave with delegates.