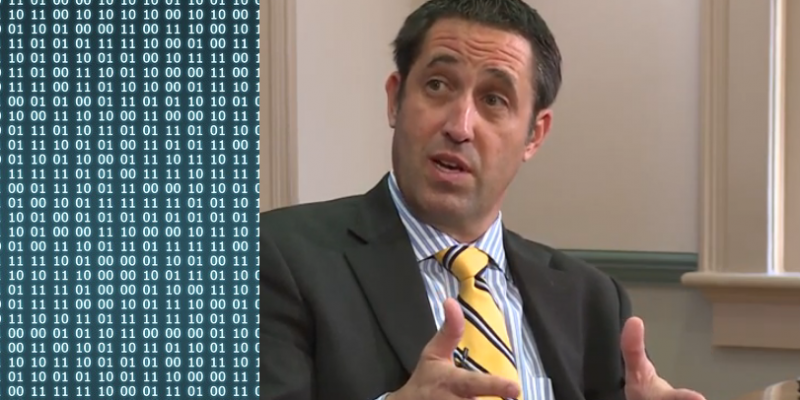 Tax abatement deals by cities to attract large corporations are quite common in the Lone Star State. Some argue that amounts to “corporate welfare,” while supporters may accept it as a way to help large business create jobs and maintain the economic vitality of which Texas is famous.

Republican Texas Comptroller of Public Accounts Glenn Hegar recently exposed quite another form of what may be considered corporate welfare. In this case, a tax that is collected only by particular cities, which in turn often give a portion of that revenue back to certain corporations with a presence in the city.

In sum: online retailers like Amazon, Best Buy, or Walmart collect a portion of the sales taxes Texans pay on online transactions. But the sales tax revenue is not always collected locally (where the customer enters in financial details and purchases an item or service) but only in certain cities where “customer service centers” are located.

Some cities and businesses have figured out how to exploit the system — legally — by directing all of their internet sales to one locality and levying the sales taxes there, regardless of whether their customers are in El Paso or Texarkana. It also doesn’t matter where an item that’s purchased online is picked up or delivered. So if someone in Texas buys a computer online from Dell, the sales taxes go to the city of Round Rock. If you purchase a refrigerator from Best Buy’s website, the city of San Marcos might be getting the local sales tax. And if you live in El Paso, buy a table saw online from Home Depot and pick it up at your local store, the tax could be collected 570 miles away in New Braunfels.

And then comes the “incentive:”

To attract that kind of revenue, the cities and companies take advantage of a state law that allows the cities to pay some of the sales taxes back to the company collecting them.

“In fact,” Comptroller Hegar wrote in a Feb. 4 op-ed to the Dallas Morning News, “some cities and businesses have cut deals to source local sales tax on sales made over the Internet solely to particular cities. In exchange, a business may be rebated those tax dollars — in some cases 75% [Ramsey noted this was part of a deal between San Marcos and Best Buy] ― money that taxpayers across Texas expect to stay in their own communities. Instead, the money is going to a handful of cities and businesses who have these arrangements to fund their budgets and bottom lines.”

Hegar said this revelation came about as his staff began studying ways to clarify state sales tax policy. Hegar said his office is considering a change to rules on sales tax collection (see more details below).

“I don’t fault businesses for trying to boost their bottom line, and I don’t fault cities that enter into these economic development agreements, but my duty is ultimately to the taxpayers,” Hegar said. “Taxpayers do not pay local sales tax on internet purchases with the expectation that the revenue is then being distributed to businesses and cities nowhere near their communities.”

Hegar explained that a business may build a customer service center that receives Internet-based orders, even though the orders are handled by a fulfillment center that may not even be in Texas. But all the revenue goes to the community with the service center, regardless of where the package is delivered or the order entered into a computer or device.

And then comes the aforementioned kickback, Hegar pointed out.

“That means you and all the other taxpayers who thought they were supporting local needs are actually subsidizing a business that may only have a minor footprint somewhere far from your schools and roads and parks,” Hegar said. “As a result, cities that aren’t party to these deals ― which is the large majority of Texas cities ― are losing revenue they need to provide services to the taxpayers who actually made the purchases. More importantly, the taxpayers who expect these local sales tax dollars to stay in their communities are sending them elsewhere.”

Hegar’s proposed tax rule change, he said, concerns the Texas Administrative Code’s Rule 3.334, which pertains to public finance and the definition of a place of business. Currently, he said, the place of business is the location an order is received — a standard since at least 1980.

“We don’t need to change the law, we just need some clarity in its interpretation,” Hegar said.

Internet orders are placed through a website or application, neither of which meet the definition of a place of business in the way a brick-and-mortar business does. “You can’t call the internet. You can’t walk into the internet,” Hegar said.

Hegar said there are 1,600 cities and local governments in Texas that receive local tax revenue and are entitled to a slice of the online commerce pie.

“It’s not a small issue; in January, $763.8 million in monthly sales tax revenue was distributed to Texas local governments, of which 1,200-plus cities received $488.7 million,” Hegar noted.

Ramsey said at a hearing on the rule change this week, representatives from New Braunfels, Round Rock and other municipalities opposed the change, saying it would upset their economies, their budgets, and their bond ratings which affects payments on locally incurred debt. Round Rock could lose $29 million in revenue, Mayor Craig Morgan said at the hearing. Ramsey pointed out San Marcos benefited from 100 jobs in their arrangement with Best Buy.