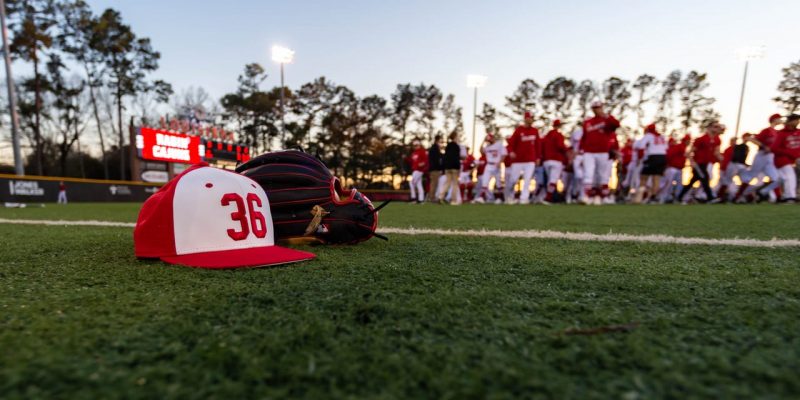 No one knew how the emotional Louisiana Ragin Cajuns would fare once they hit the field against the Southeastern Lions.

No one knew that first-time UL starter Conor Angel would strike out seven and give up only two hits.

No one knew that after he left the game, reliever Jeff Wilson would give up a three-run home run that would be end up being the difference in a 3-2 Cajun loss.

No one knew because it was before the game even started, and the game had been a mere formality all along.

By the time the first pitch was fired, the ceremony at M.L. ‘Tigue’ Moore Field at Russo Park had stamped its indelible mark on the university and all of Lafayette, essentially making the final score itself a non-issue.

No one thought it would be any different.

A tear-jerking video was narrated by Coach Robichaux’s voice speaking one of his “Robeisms” after another. It showed yet again that he was just as much a molder of men as he was a baseball coach.

Over a hundred former players were on the field to remember him. There was a moment of silence. His son Austin threw out one ceremonial first pitch, and older son Justin threw out the other. Both Austin and Justin played for Dad as Cajuns. 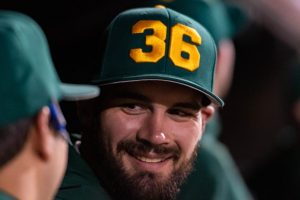 That No. 36 was retired alongside the No. 3 of former New York Yankees pitcher Ron Guidry. It was placed both on the rebuilt outfield wall and on a flag under the American one, where it will fly during every game.

No. 36 memorabilia was everywhere in the stadium.

“For a lot of the guys, myself included, Coach Robe was baseball for me, in some way, shape or form,” said senior centerfielder Brennan Breaux, a local product from St. Thomas More High. “Whether you come watch baseball games, whether you played for him…it’s super emotional.”

Breaux would score one of the Cajuns two runs in a loss that no one will ever fault them for.

Indeed, we will, Coach. We’ll see what happens once the first pitch is fired on Saturday. But in victory or defeat, once again, there will be nothing that can erase the loss of such a great man, and nothing that can replace the emotional impact of a very tearful Friday night at the Tigue.