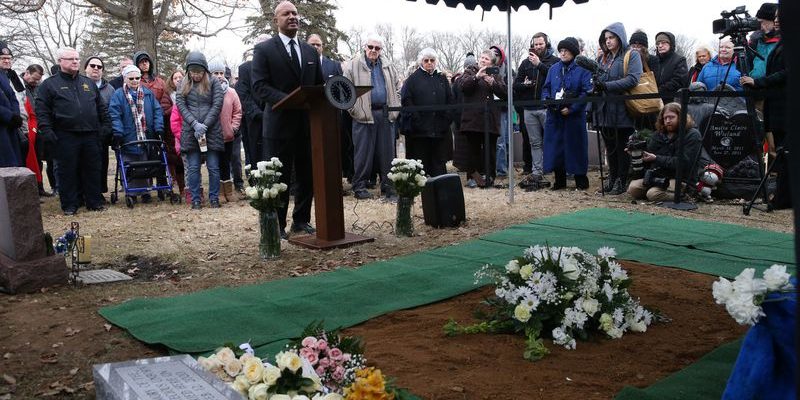 In one of the most horrifying finds in American history, thousands of aborted fetuses were discovered last year in the garage of a deceased abortion doctor in Indiana.

Hundreds attended the mass burial on Wednesday after a funeral ceremony was led by Indiana Attorney General Curtis Hill (R) who addressed the crowd saying,

“Today, we finally memorialize the 2,411 unborn babies whose remains were senselessly hoarded… These babies deserved better than a cold, dark garage or the trunk of a car.”

The remains were discovered in plastic bags sealed with a preservative both in the garage and trunk of the late abortion doctor’s car. Investigators believe the abortions were performed between 2000 and 2002.

Investigators say the deceased “Doctor” did not follow proper procedure for disposal and that some of the bodies may have been older than state law would have allowed.

The funeral was held in South Bend where many of the abortions took place, it is also the hometown of 2020 Presidential Candidate Pete Buttigieg who is an avid defender of the barbaric practice of abortion, and even late-term abortion.

When asked about the discovery, Buttigieg called it “very disturbing”. But I wonder what it is that he is so disturbed by, surely not the act itself which he passionately defends. Most people of decent moral standing are most outraged by the fact that the lives were taken in the first place, not just at the manner in which the deceased bodies were kept.

Known in South Bend as “Mayor Pete”, the politician has come under increased scrutiny after receiving the second most votes of the Democrat Primary in both Iowa and New Hampshire.

The politician even tried to use the Bible to justify the depraved practice of abortion saying,

“Then again, there’s a lot of parts of the Bible that talk about how life begins with breath, and so even that is something that we can interpret differently.”

Asked to clarify his position in an interview on “The View” Buttigieg responded,

“My point is that it shouldn’t be up to a government official to draw the line, it should be up to the woman.”

With the 2020 Presidential Election just around the corner, let us continue to highlight the immorality of abortion and pray for hearts and minds to be changed and healed.