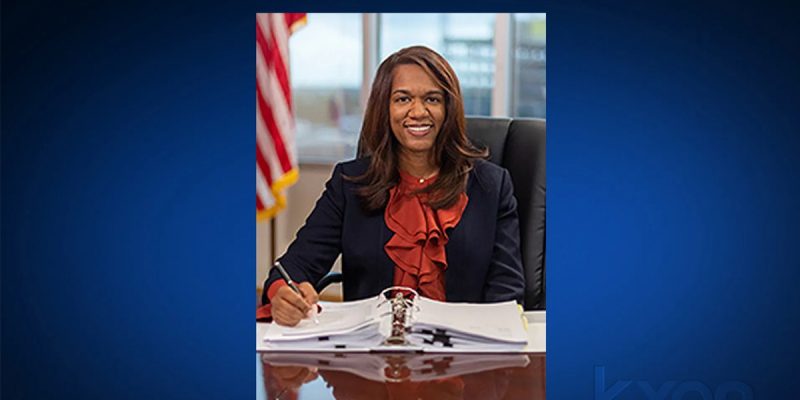 One way of looking at the appointment of Courtney Phillips as the new head of Louisiana’s Department of Health – which swallows nearly half of all money spent by the state – is that Democrat Gov. John Bel Edwards has realized the serious spot into which he has put himself.

Phillips comes from Texas, where she ran an operation over twice the size of Louisiana’s, and prior to that headed up Nebraska’s similar agency, which isn’t quite the size of Louisiana’s. However, she spent many years moving up the ranks at LDH before decamping to Nebraska in 2015, and headed to Texas in 2018. A Louisiana native with family in the state, she will take a pay cut when she starts Mar. 13.

Significantly, two conservative Republican governors appointed Phillips and she loyally carried out policies that reflected an appreciation for right-sizing government – an attitude foreign to the Edwards Administration. Both resisted Medicaid expansion (although a majority of Nebraska voters drank the Flavor Aid and imposed it on the state after she left), although she took over a similar kind of program for lower-income women for family planning and health services that Texas instituted.

That program had come under controversy when it defunded Planned Parenthood and the Democrat former Pres. Barack Obama Administration yanked federal dollars that could have supported it. But one of Phillips’s last acts was to negotiate with the more enlightened Republican Pres. Donald Trump Administration to restore that funding, signaling with the right arrangements that states may exclude abortion-providing organizations like that from participation in a government-funded women’s health program.

Louisiana can hope with Phillips’ appointment that Edwards will head in that direction. The state attempted to do the same towards the end of the Republican former Gov. Bobby Jindal Administration but eventually was rebuffed by the federal judiciary. Hopefully, Phillips’ return can produce a new plan forwarded to the federal government that will accomplish this.

More relevant to Edwards, however, is the reputation for inducing greater agency efficiency that Phillips brings with her. Medicaid expansion continues to eat Louisiana out of house and home, despite over $300 million in tax increases on individual health insurance policy-holders, taxpayers as a whole to pay for the managed care policies distributed to Medicaid clients, and on the sick in most hospitals.

Worse for Edwards, early signals from the Legislature’s Republican leadership show they won’t let him off the hook by acquiescing to letting him spend every dime the state can rustle up, and may even give back some of the tax increases Edwards has backed. He can promise nobody any increased spending unless he finds a way to reduce the hemorrhaging induced by expansion, and Phillips has a record that shows she can do this.

Phillips in Texas also oversaw the state’s long-term services and supports program that included the disabled. Implementation of that in Louisiana with a move away from overreliance on nursing homes could raise as much as $200 million, although some of that would come from a higher volume of premium taxes. Edwards, who as a candidate pledged support of that, turned away from it; perhaps the new hire signals readiness to reassess.

All in all, Phillips looks to represent a significant upgrade, and her installment may indicate that Edwards increasingly understands he cannot avoid the consequences of his big government, tax-and-spend ways.

Interested in more news from Louisiana? We've got you covered! See More Louisiana News
Previous Article The Advocate Wouldn’t Be Trying To Smoke-Screen For John Georges, Would It?
Next Article IT’S TIME: LSU Baseball Must Establish Itself as a National Power Again