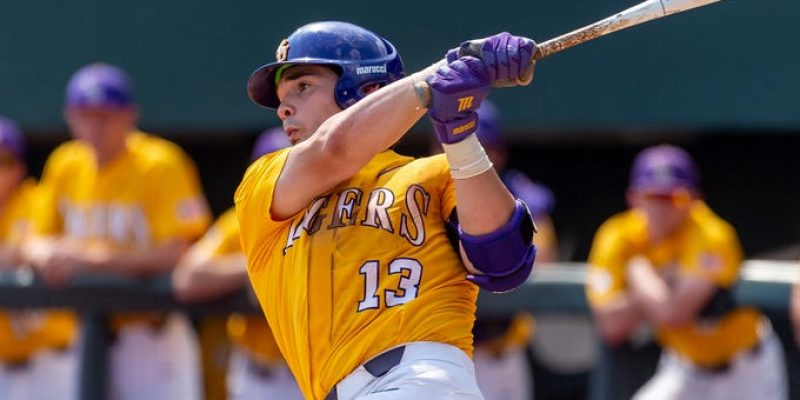 At least beer and wine will be sold at the Box this season.

Tasty libations aside, LSU baseball fans will likely be tempering their expectations and hopes going into tonight’s season opener against Indiana.

But it’s more than that. It’s bad baserunning. It’s questionable strategies at the plate. It’s a lack of left-handed pitching.

It’s a lot of things even beyond the 2017 season when LSU caught fire and eventually lost to Florida in the World Series championship round.

Baseball at the Box has just become stale.

And it is time head coach Paul Mainieri light a fire under this program and be the intimidating force in it should be.

Last season, LSU was ranked No. 1 in the preseason by multiple polls. At the time three different stellar signing classes converged, players like Eric Walker and Josh Smith were returning from injuries, and Antoine Duplantis, Zach Watson and Zack Hess unexpectedly passed up pro offers to stay for their senior seasons.

The team looked absolutely loaded on paper. And it ran out of the gates with an 8-0 mark.

Then it got swept in Austin by a Texas team that wouldn’t even make the NCAA tournament.

It was a tough season for Mainieri personally, having lost his father early on. Perhaps this is why LSU looked so stale and uninspired at times last year. Maybe their coach was first.

The team also had to persevere through injury after injury. Four pitchers–Caleb Gilbert, AJ Labas, Nick Storz, and Easton McMurray never threw a pitch because of arm problems. To make things worse, McMurray was the only lefty on the Tiger staff, making late-game bullpen strategy difficult throughout the year.

And the list was longer than this. Injuries. Ailments. Maladies. Things were so bad at times that Mainieri couldn’t even fill a full travel roster.

All of this translated into some extremely frustrating, inconsistent play. The Tigers dropped five midweek games and had a losing record against Louisiana opponents. Somehow, someway, though, they made it through the regional round, had everyone excited again, and then boom. They fell flat once more and lost two games to the Seminoles when a trip to Omaha was right there in their grasp at the Box.

Maybe most importantly, gone are the days of the buddy-system for hiring hitting coaches. Eddie Smith, who last season directed a record-breaking Tulane baseball offense, was hired by Mainieri last July.

It is time. It is time for LSU once again to live up to the hype of The Intimidator that looms over Alex Box Stadium. Because clearly it is not intimidating anybody in recent years.

They could even win a national championship for the first time in 11 years and put four more digits on that big sign in right field.

But no one really is expecting them to do that, not after the last two seasons.

And yet, because it’s LSU baseball, and because the shadow of Skip Bertman may hang more over the program than any outfield sign, it will be a rousing disappointment if the Tigers don’t do any of these things.

At that point it will be hard for Mainieri not to feel another shadow hanging over him–this time in the person of new athletic director Scott Woodward, a man certainly not in the business of keeping the baseball program in the mud.

Here is the starting lineup and the pitching matchups for this weekend’s games against the Indiana Hoosiers:

Coach Mainieri of course is ready to go for 2020.

“With each passing day, we’ve gotten to know our players better, their strengths and their limitations. Everybody across the board has improved during these past three weeks of preseason practice. This weekend we’ll probably start at least twelve different position players over the course of three games in order to learn more about our team and establish roles for our players. I feel good about where we are with our team, though I will say Indiana is the toughest season-opening opponent we’ve faced in my 14 years at LSU. They’re the defending Big Ten champions, and they have a tremendous program. We’re going to be challenged right out of the gate against a very good ball club.”

It might be coach-speak, it might not. The bottom line is Mainieri had better win and win early, his opponent being Big Ten champions or not. He is one of the most likable, stand-up men you’ll ever come across in college athletics, but people aren’t paid for their kindnesses. They’re paid to run a clean program and produce visible results in the victory column. As a Tiger fan and a Mainieri fan I fully expect LSU to look much different than they have the last two seasons.

If that is indeed the case, LSU baseball will be fun again.

And they’ll be running out of beer by the fifth inning at the Box.