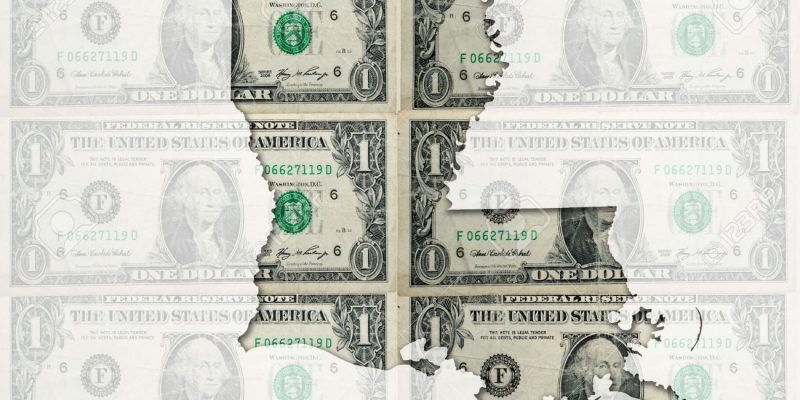 My last post, the one earlier this week about what the Wuhan virus will do to Louisiana’s budget, was a result of four years of watching our state spend every nickel it had or thought that it might have, while paying no heed to the consequences. The basis of my and many other conservatives’ concern was that our spending is of a recurring nature, yet our revenues are subject to the whims of the economy and nature (hurricanes, viruses, etc.).

But in a headlong rush to spend, no consideration was ever given to the welfare of taxpayers. It has been said that the last recession put a $1 billion hole in our budget. Remember the Fiscal Cliff? To a great extent that came from recurring state spending coupled with the terrible Obama recovery that resulted in reduced state revenues.

When a family sees its revenues in decline, it reduces spending. When Louisiana sees revenue decline, it can’t reduce too much because so much is protected recurring spending.This characteristic assures that, without a strong legislature, shortfalls only be made up by higher taxes.And this was why Governor Edwards in his first term succeeded in passing the highest tax increases in history.

In basic economic terms what are the results of tax increases in the face of slow economic times? Simple, economic malaise, just what we in Louisiana have seen over the last four years.

The whole issue is summarized clearly in the Moody’s State Stress Test report released in December. As noted therein, due mostly to recurring spending, Louisiana ranks third from the bottom (only Alaska and North Dakota are worse) in all states’ ability to withstand recession. We will require somewhere between $1.7 and $2.5 billion, sums that we don’t have.

So, as we are looking at a potential virus inspired recession and an intra-state oil collapse, we must face the fact that we are in for bad times.The governor will want to raise taxes to pay to maintain government spending, but that would be the last option we should engage in. All that would do is further aggravate our already weak economy and drive more business and jobs away.