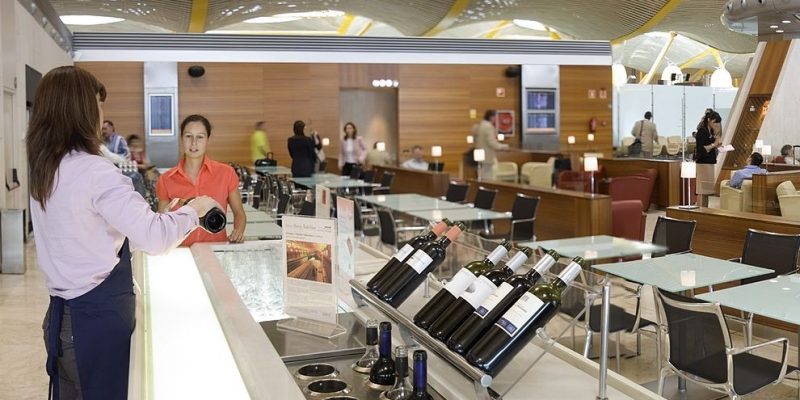 Closing restaurants, bars, clubs, and other public dining and entertainment venues to foot traffic has become commonplace in cities as local leaders figure out what to do about containing the spread of coronavirus and COVID-19.

There often are exemptions to these closure mandates. Restaurants can still offer takeout in many cities, for example. But then there are total exemptions for when it comes to certain purveyors of food and drink.

Some rather suspicious exclusions appear on the green list in Austin, Texas — a foodie destination on hiatus with a solid liberal lock on local government and in which gatherings of 10 or more are punishable with up to $1,000 fines or 180 days in jail:

Yes, sky lounges: those swanky mid-century-inspired martini bars with buffets available to only to airline crews and passengers with a first class ticket, a pricey day pass, or enough credit card incentive points to access them.

Austin Bergstrom International Airport has three of them that we could find: the American Airlines Admirals Club across from Gate 22, the Delta Sky Club located in the main terminal, and the United Club near Gate 13. Each are located behind security, so just popping in for a bite to eat is out of the question unless you have an airline ticket.

The Hayride called the City of Austin for comment, and was forwarded to a public information “hotline” for COVID-19-related questions. Restaurants in the airport must close to sit-down dining, but all may offer food to go. The sky lounges may allow table service but the city’s ban on gatherings of 10 or more applies, a spokesperson said.

From the hip: We checked and could not find by the time of writing any federal regulations or other red tape that would prevent the city from closing sky lounges.

To be fair, sky lounges are often not simply restaurants and bars. Many offer private shower suites, business kiosks, and sometimes beauty salons. We do not see that hotels are under any restrictions, so maybe some of that hospitality-based reasoning applies here. If so, the city’s hotline had no such commentary.

If recent COVID-19 responses have taught us anything it’s that government has sweeping emergency powers and can make seemingly arbitrary exemptions like these. Think of what goes on in the hours before and days after a major hurricane and you get the idea.

The boundaries of what is fair and what is constitutional are determined by the courts. We can expect this exemption to inspire no shortage of lawsuits in the near future.

In the city’s emergency declaration there is no clear definition of what a “sky lounge” consists of. Is the term limited to only luxe airline-owned clubs? If not, what about the bar at the airport Chili’s, that constitutes as a lounge at an airport? What if an enterprising entrepreneur were to open his pizza joint to rooftop drone traffic? What about a hamburger stand at a municipal airfield (not posh enough)?

We even found a downtown Austin bar in town called Sky Lounge (suspiciously, a nine-minute walk from Austin City Hall). It has nothing to do with the airport but a view of the sky (and condo towers) from atop a roof.

Until this is resolved, keep your eyes on the skies.