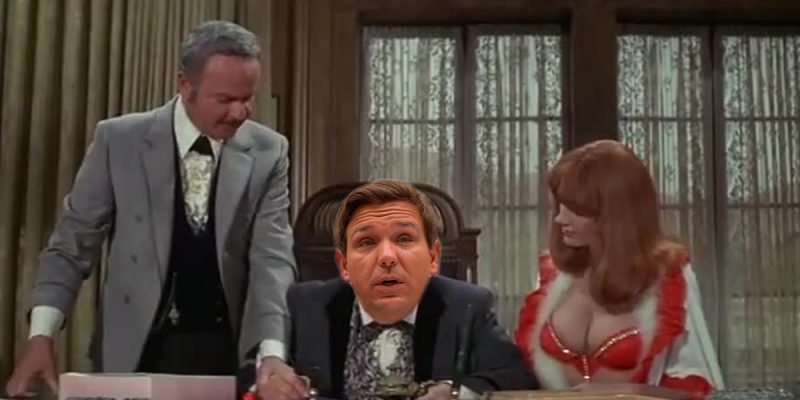 Many years ago I watched The Hunt for the Red October on the big screen.  The Cold War thriller had a few decidedly comic moments, with the one scene where the two defecting Soviet submarine captains chatted about what they would do upon being settled in America.

Sam Neill’s character Vasili Borodin dreams about living in Montana, raising rabbits, being married to a voluptuous American wife, and owning a motorhome to go sightseeing across the states.

He asks Sean Connery’s character (Marko Ramius) if it’s necessary to go from one state to another without papers (authorization documents) to which a grinning Ramius informs an incredulous Borodin that you can go state to state without papers.

An obsession with “papers being in order” is an element Hollywood inserted in other  1980’s movies as the matter comes up in Firefox (a Clint Eastwood movie that involves him stealing a Soviet jet instead of a sub) and even the satirical Val Kilmer film Top Secret!.

It’s a tool of control of movement we associate with totalitarian states as opposed to the United States, where zipping unimpeded across a state line usually meant stopping to use a clean bathroom or picking up a free map at the visitor center.

Even in Western Europe one can take a city bus in one country and get off at a stop along the route that’s in another country barely noticing the small “Willkommen in Deutschland” sign the bus blazes past as if it were just a mile marker.

But what a strange world we now live in as the outbreak of the Wuhan Flu/COVID-19 Pandemic reshapes American society with the same disruptive force that 9-11 did.

While Louisiana and New Orleans (!) were being grown ups by taking precautionary measures before a major virus outbreak had manifested, Florida cranked the music louder.

On March 11, the day the mayor pulled the plug in the celebrations Louisiana had 13 confirmed cases.

In contrast Florida partied on through March 19th though communities run by more responsible leaders took their own action in advance of DeSantis.

Well how did that work out for a place that if Ripley’s Believe It or Not were a state it’d be Florida?

Since the Spring Break crowd stumbled back north Florida has experienced a skyrocketing Coronavirus infection spread hitting 4000 in about a week’s time.

Truly this was a time for DeSantis and his confederates to protect their phony baloney jobs!

And Governor DeSantis’s solution is something straight of the warped mind of Mel Brook’s Governor William J. LePetomane from Blazing Saddles: state harassment of Louisianans and New Yorkers allegedly fleeing to his state.

But unlike Blazing Saddles, DeSantis’s “inspection” plaza on the I-10 isn’t funny.

It’s disturbing on multiple levels and you can read another column that details that experience.

But what is the point of this checkpoint?

If they were, there would be folks there taking the temperatures if motorists and passengers.

Why do I say that?

Because while vehicles crossing from Alabama to Florida on I-10 are being “inspected” and drivers are having to fill out forms, there is no inspection station just south on Hwy 292, the beach road that links Orange Beach/Gulfshores to Perdido/Pensacola.

Not even a mall cop was standing at the Flora-Bama that would serve as the Checkpoint Charlie to register and quarantine unclean Louisianans.

How can they let that Waffle House just several yards east of the state line go unprotected from Nola hordes seeking a late breakfast to go?

Louisiana schools do not score the highest in academics but we do know how to use Google Maps.

And our older and thus higher risk population can make good use of an atlas.

I’ll be the first to admit Louisiana political leadership isn’t the finest in the country but I’m not aware of any member of our rogues’ gallery that have interfered with interstate commerce and treated American citizens residing in certain states as if they had arrived at Ellis Island from Minsk or Sardinia.

Even we have standards.

Ron DeSantis went from looking foolish for doing nothing at the outset to acting unconstitutionally aggressive and petty on the back end.

Our officials (amazingly) did their job.

You didn’t do yours.

Interested in more news from Louisiana? We've got you covered! See More Louisiana News
Previous Article CROUERE: Hey LaToya Cantrell, How About Fighting The Virus And Not The President?
Next Article Gov. Abbott Seals Texas-Louisiana Border