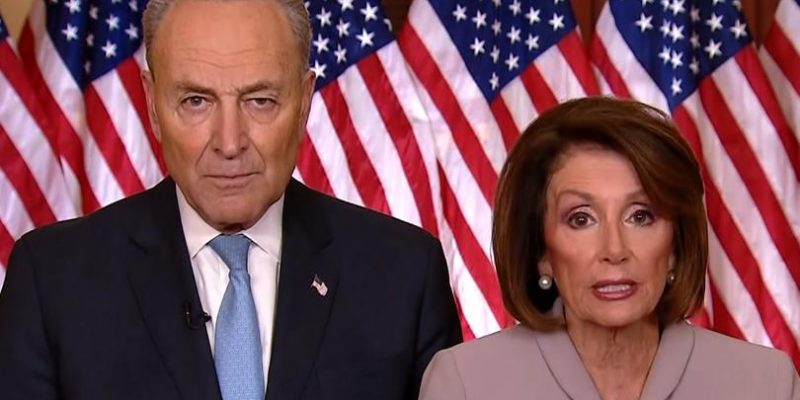 Democrat leaders in Congress have been playing politics with federal disaster relief efforts in a gamble to get long-awaited concessions from Republicans eager to help the struggling American middle class.

House Speaker Nancy Pelosi (D-CA) and Senate Minority Leader Chuck Schumer (D-NY) have wasted valuable time that some Americans do not have, all for the sake of concocting their own stimulus package with a price tag 40% higher than that of the Senate bill they blocked.

After Senate Democrats blocked the CARES Act, which would have sent about $3,000 to the average American family, House Democrats introduced their own version of a stimulus bill.

At least it would have been understandable if there was something they took issue with in the legislation, but they didn’t. They simply wanted to see what kind of completely unrelated concessions they could force out of Republicans in the middle of an economic crisis.

The outrageous proposal would, among many things, provide funding for Planned Parenthood and the insane “Green New Deal” initiatives, give a bailout to the U.S. Postal Service, and place new environmental regulations on the struggling airline industry.

Cruz went further, making the point that he’d like to abolish the IRS but adding that he would never think to attach such a divisive proposal to an economic relief bill.

The senior Republican Senator from Texas, John Cornyn, called the Democrats’ tactics “pathetic” before claiming they made up their “corporate bailouts” criticism simply because they needed an excuse.

Senate Majority Leader Mitch McConnell just announced that a bipartisan deal has been reached after hours of “tense” negotiations which is good news for Americans.

However, there is no excuse for Democrats first refusing to help the American people in their time of need until they have their unrelated demands met. This was politics at its worst.

See Sen. Cruz’s comments from the Senate floor below: