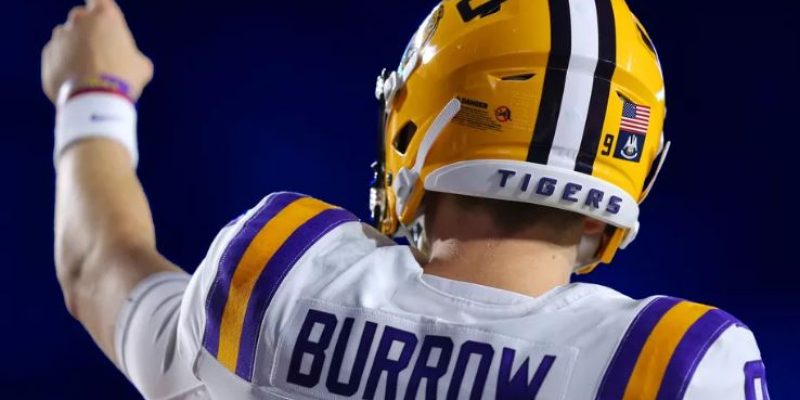 It is clear that former LSU standout Joe Burrow wants to carve his own path.

Coming off arguably the greatest football season by a college quarterback of all time, the Heisman Trophy winner was recently compared to all-time great and six-time Super Bowl winner Tom Brady.

“When you watch these guys side by side, Tom Brady mechanically, watch what you see from Brady and tell me this does not look identically the same from Joe Burrow. It is eerie,” said NFL Network’s Daniel Jeremiah. “And it’s just not my opinion in saying that. You see the comparison there. The poise, the pocket awareness, and they both absolutely have that swagger. But Kevin Faulk on that staff at LSU–as the scouts have come rolling through there and they ask, ‘Kevin, you’ve been in the NFL a long time. What do you think of this Burrow kid?’

“And he goes, ‘I’m telling you this is Tom Brady. This kid reminds me so much of Tom Brady.’ And I understand that’s the greatest of all-time and I know comparisons get people all upset. But when you watch them mechanically and you’re around their personalities, their leadership style, there’s a lot of similarities.”

The presumptive No. 1 draft pick in this April’s draft was quick and clear, respectfully of course, about how he felt about such a lofty comparison.

“Please don’t compare me to the best player of all time,” Burrow said to NFL Network’s Colleen Wolfe, who asked him about Daniel Jeremiah’s analysis. “Let me do my own thing. Don’t do that to me, please.”

Joe Burrow. Cool as a cucumber, as always.

Burrow handled the Brady comparison with the same poise he had on the infamous third-and-17 play at Texas early last season.

His response exemplified the confidence he has in himself to become his own man, a quarterback that doesn’t require comparisons in the first place. More importantly, it shows that despite that extremely high belief in himself, he is not an arrogant young man. He respects the game and the legendary Brady enough to balk at such premature comparisons.

He respects the game enough to know that he hasn’t done a single thing to warrant such high praise.

And one day, that attitude may very well transform him into a new legend, one that NFL draft experts are comparing future young quarterbacks to instead.