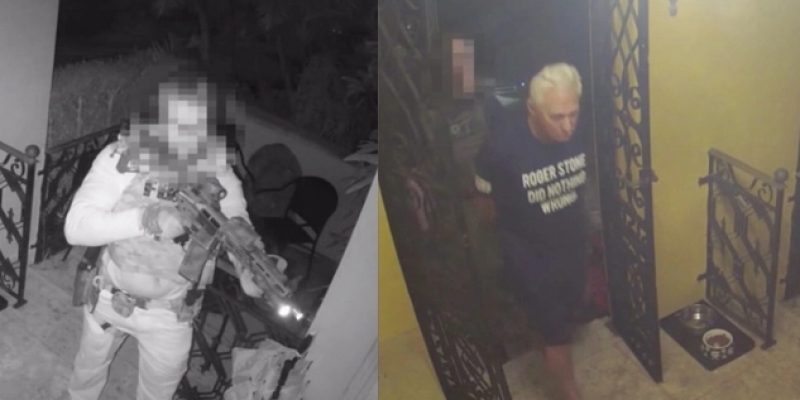 As reported by Houston NBC Affiliate KPRC, the FBI is being sued for a botched rescue attempt of Ulises Valladares. According to the story In January 2018 Valladares was kidnapped in front of his 12 year old son and held at ransom in his own home, only to be fatally shot by an FBI agent. Straight out of the Failed Bad Intervention playbook, the FBI then tried to cover their tracks claiming that Valladares tried to grab the gun of an agent and the agent shot him in self-defense. According to the lawsuit however that would have been impossible because Valladares was tied up at the time and forensic evidence gathered during the autopsy shows that Valladares was not shot at close range, supporting the claim that trigger happy FBI agents stormed the property, shot first and asked questions later falsely blaming the victim for his own death.

This just another chapter in the FBI making mistakes, often fatal ones, which lead to either fraudulent convictions of innocent individuals and/or even the loss of life of innocent victims, along with many investigations being used as political tools no matter how truthful the published outcomes were. Case in point what has transpired with the multiple investigations against President Trump based on the now proven to be fraudulent Steele Dossier. Multiple articles have been written in The Hill stating that The FBI was presented with “multiple versions” of the now discredited Dossier, and then met with the Democrat National Committee to essentially “double down” and get their stories straight to present the fabricated facts in an attempt to politically destroy the Trump Administration. . Likewise when President Trump tried to enforce some type of accountability towards The FBI by firing Director James Comey for his role in The FBI covering up crimes that Hillary Clinton committed during her time as Secretary of State, That action was used as a catalyst to appoint Robert Muller as special prosecutor to launch an investigation of The Trump Administration in an attempt to remove him from office and leading to fraudulent convictions of General Michael T. Flynn, George Papadopoulos, and Roger Stone who was arrested publicly in a raid of his residence by numerous FBI agents and was broadcast live over CNN. Stone’s raid and arrest on live television appears to be politically motivated because of the apparent secondary effect of forcing President Trump’s hand to end the 2018-2019 Government Shutdown the day the raid went down. Why else would The FBI tip off CNN to live broadcast the SWAT team type raid in as CNN’s own anchors called it “agents in riot gear” of an unarmed Roger Stone?  Even Acting US Attorney General Matthew Whitaker stated at the time was, “deeply disturbing that a media outlet was tipped off before the indictments were made public by the Department of Justice.”  On top of which apparently CNN, and CNN alone was given exclusive access to the raid by the FBI

Why also would The FBI psychologically waterboard and financially destroy General Flynn and his family to accept an “Alford Plea,” pleading guilty to a crime they did not commit for leniency? Why did General Flynn’s original legal counsel seem to placate to the FBI before General Flynn hired Sidney Powell who actually fought for his innocence? For every Roger Stone or General Flynn where their cases are high profile enough that the court of public opinion actually realized how much their were railroaded by The FBI, there are countless other ordinary citizens victimized by the same tactics of The FBI regardless of their actual guilt or innocence that have no chance of being exonerated because nobody cares. However because of Sovereign immunity The FBI and its agents are being shielded for criminal prosecution themselves. Example Former Trump Campaign aide Carter Page’s only recourse thus far is to sue the DNC and an attorney linked to The FBI regarding the illegal surveillance The FBI partook on him. Likewise with Valladares case in Houston, why is it that the only recourse seems to be on the civil side and not charging the agents with at least voluntary manslaughter? Why is it The FBI feels it can be above the law and if the agency can get away with that at the highest levels such as potentially aiding a potential coup d.etat attempt on a dutifully elected President, then the agency feels it can cover up any number of it’s mistakes, even it put those that were not guilty of any crime wrongfully in prison or even taking innocent life… Hi Dad.

The environment in Houston is especially conducive to this type of corruption and cover-up going back decades. Locals often label Houston “The Chicago of the South” The Houston Police Department itself has a history of botched crime investigations and cover-ups with the exception of a period in the mid-to-late 1990s during the tenure of the late Mayor Bob Lanier, who won a contested election against Sylvester Turner in 1991 partially due to the sad state of HPD at the time and partially due to investigative reporting done by Wayne Dolcefino on Turner during Dolcefino’s tenure at Houston’s ABC Affiliate KTRK. Turner was however eventually, on his third attempt, elected Mayor of Houston in 2016 and as Mayor Elect in late 2016 supported the hiring of Art Acevedo as Houston Police Chief after his turbulent tenure as Austin Police Chief where his department had numinous officer involve shootings of unarmed individuals. During his short tenure thus far as chief of HPD, Acevedo presided over the botched rescue efforts during Hurricane Harvey in 2017 leading to the death of one his officers  and Governor Abbott having to send in law enforcement agents for across the state to Houston to stabilize the situation. It was also during Acevedo’s tenure that HPD conducted a drug raid on a dwelling that was stated by an undercover informant to contain dealers of black-tar heroin when in reality that evidence was completely fabricated and that the raid should not have happened at all which lead to the death of the homeowners. And while the FBI ended up arresting the two former APD officers over the evidence fabrication, it was only after massive public backlash and more to do with investigative journalism uncovering the facts that lead to the rare instance of Houston area law enforcement holding itself accountable. With the current state of HPD, one would expect to believe that Bob Lanier is probably rolling over in his grave.

There needs to be a culture and leadership change from the top down, not only in the FBI but also in local law enforcement such as in HPD. In Texas the sheriffs departments, especially in the more conservative rural counties by contrast are much more accountable due to the fact their top lawman, the xheriffs themselves are directly elected by the voters in the country with set terms that expire. Local municipal police department chiefs in contrast are hired for an indefinite period by city bureaucrats, often themselves hard to fire. That was the case with Acevedo in Austin where only the city manager and not the city council could fire the police chief and Acevedo only left APD when he was hired to be chief of HPD. Likewise with the FBI when President Trump took action to fire an incompetent at best and more than likely corrupt James Comey as FBI director, the Democrats in Congress such as Adam Schiff and Nancy Pelosi used that as a direct cause of action to appoint a special prosecutor and launch impeachment inquiries.

The voters of the United States need to realize they have the ultimate power to fire these people at the ballot box. Every House Member that voted for impeachment needs to loose their re-election bids in 2020 and likewise, it makes you wonder why the voters of the City of Houston keep re-electing corrupt officials that are not in the best interests of Citizens of Houston? At least at the State Level with a new Speaker of the House for the 2021 legislature there is an opportunity to bring forward a constitutional amendment that could give oversight of local law enforcement and prosecution to the Texas Attorney General’s Office and Texas Department of Public Safety’s Texas Ranger Unit as a form of checks and balances. As of right now citizens cannot directly petition either the AG or DPS for assistance regarding a corrupt local law enforcement agency that refuses to self-police. As voters in Texas there is still time to do so by voting in November for law enforcement and criminal justice reform candidates. Without those Texas and it’s great cities will be stuck in the same status quo for quite sometime to come.