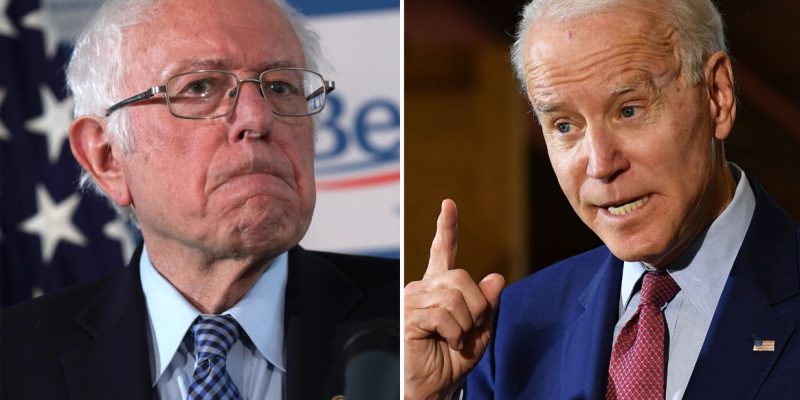 Both Joe Biden, 77, and Bernie Sanders, 78, committed big mistakes on the campaign trail this week with Biden yelling at a union worker and Sanders claiming that the Soviet Union “wasn’t socialism”.

In an exchange that went viral, Joe Biden gets into an argument with a man who was questioning him about his position on gun control asking,

“How will you intend on getting the union vote when there is a large portion of us union workers that are gun enthusiasts and you are actively trying to diminish our second amendment rights and take away your guns?”

Biden aggressively argues his “support” for the second amendment and commits one of his biggest gaffes yet, telling the man that he doesn’t need an “AR-14”.

The man took offense to Biden’s finger-wagging to which Joe says something about going “outside”. It was about as unhinged as we have seen the former Vice President.

The man was likely referring to a recent video of Biden praising Beto O’Rourke and saying something along the lines of, “this guy is gonna solve the gun problem”.

Bernie didn’t have much better luck when a town hall participant asked, “Being born in the Soviet Union and as someone who was personally harmed by socialism, what assurances can you give to people like me that democratic socialism will have a different outcome?”

Sanders response? “What happened and existed in the Soviet Union was not socialism.” That’s interesting because “USSR” is an acronym for “Union of Soviet Socialist Republics”!

The Democrat Party appears to have put itself in a difficult position as their top candidate continues making one mistake after another while the other publicly defends socialism.

See the two fascinating exchanges for yourself below:

Great angle here of Joe Biden lying to a union worker about a viral video of him: pic.twitter.com/LCQ5xGYEEV

Bernie Sanders LIED right to a voter’s face when confronted about Russia and the destruction inflicted on the nation by socialism.

Sorry Bernie, but what happened with the Union of Soviet Socialist Republics (USSR) was most definitely socialism.@BuckSexton drops the facts. pic.twitter.com/6u0x50EU42