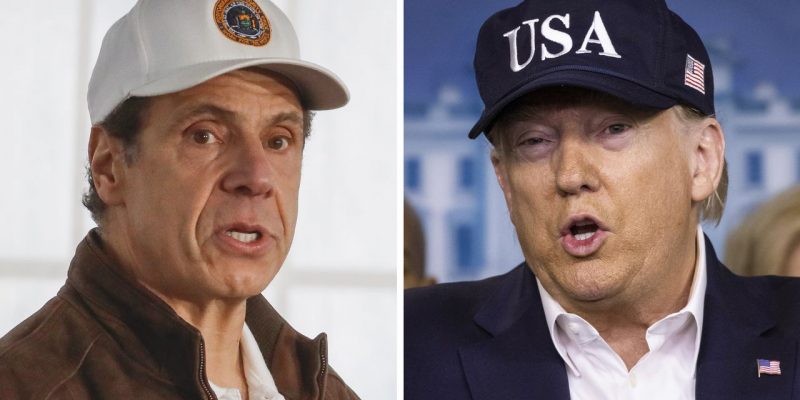 We had to check to make sure that pigs weren’t flying after witnessing Governor Andrew Cuomo (D-NY), Governor Gavin Newsom (D-CA), and CNN commentator Dana Bash all praising President Donald Trump for his response to the Covid-19 threat.

California Governor Newsom has repeatedly clashed with the President on immigration and built a reputation for being one of the most far-left Governors in the Country.

Newsom praised President Trump in an interview last week saying, “He said everything I could have hoped for. And we had a very long conversation and every single thing he said, they followed through on.”

Even more shocking were the compliments of Governor Cuomo, one of President Trump’s biggest critics. The fellow New Yorker had nothing but nice things to say on talk shows Monday saying, “His team is on it… I want to say thank you. I want to say I appreciate it. He’s doing what he has to do and I respect him for it.”

The unusually friendly comments from these two liberal Governors are only rivaled by the surprisingly flattering commentary by CNN’s Dana Bash who said Tuesday,

“This was remarkable from the President of the United States. This is a non-partisan — this is an important thing to note, and to applaud from an American standpoint — from a human standpoint. He is being the kind of leader that people need, at least in tone, today, and yesterday, in tone that people need and want and yearn for in times of crisis and uncertainty.”

The notable changes in tone by these public figures revives hope that we may be able to move beyond the hyper-charged political rhetoric that has plagued President Trump’s first term in office.

We are seeing this President’s finest moment yet through his demonstration of strong leadership in a time of extreme crisis which inspires and unites Americans.

See the “controversial” comments for yourself below:

As I said in the clip you posted below, this is a moment to be non-partisan, American and human – & the TONE the president set at today & yesterday's PRESSERS were remarkably different and welcomed. That's a fact. Let's all take a breath and remember we are all in this together. https://t.co/bx9uLuvkOI