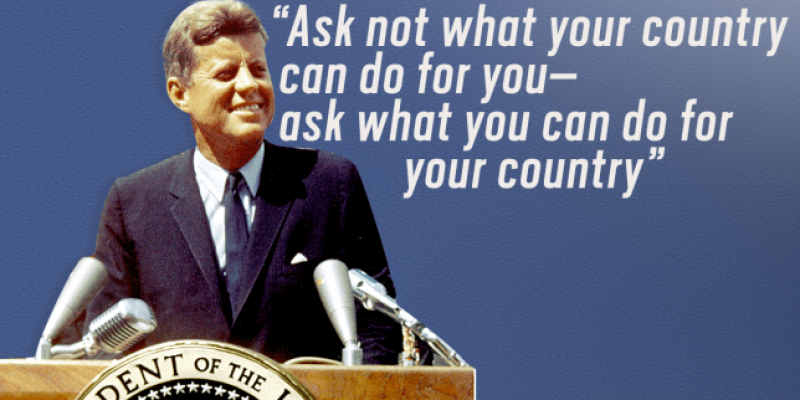 The smart thing to do is repair the roof on a sunny day, before the rain comes. President John F. Kennedy once said, “The time to repair the roof is when the sun is shining.”

For some people right now, it seems, the refusal to prepare in internal ways is making it difficult to deal with these sweeping changes in our way of life.

In an interview with Spectator USA, Fox News host Tucker Carlson raised some points worth considering about the dominance of secular materialism in the West. He argued that many people in the United States have not prepared adequately to wrestle with the ramifications surrounding the coronavirus pandemic.

Carlson is an Episcopalian, but admits to being a “not especially faithful Christian.”

“I actually think part of the problem and the root of the public’s fear—and my fear, too, I’m not judging anyone—is an unwillingness to acknowledge that, on the big things, we are not in control,” Carlson said to editor Freddy Gray. “And that’s basically a theological precept that we’re not comfortable with because we don’t ever talk about anything that’s not rooted in materialism.”

“But in times of life and death, you’re forced to, because that’s the only language that explains it,” continued Carlson. “And so you’re dealing with a country, the first really large-scale experiment in secular democracy ever. You can say the Soviet Union was secular, but really it wasn’t. It was a religious cult based on, you know, Das Kapital. They were still a very religious country.”

Carlson acknowledged that secular materialism can prove successful for any society that prioritizes economic prosperity, but he also had a warning against such a philosophy.

“What it doesn’t do a very good job of is explaining death. That’s really where it falls down. And so, our response has been to basically ignore death and put poor people in homes, and then, they just kind of disappear, and no one talks about what happened. But in a time like this, death is at the forefront. You can’t ignore it. We’re all brooding about it.”

“And so let me just suggest, as a non-theologian, a not especially faithful Christian, that the thing to remember is you don’t have control. You weren’t responsible for your birth. You likely won’t be able to choose the moment of your death. This is what it is to be human. I don’t have an answer as to why it’s that way, but it is, always has been, always will be. And the sooner you internalize that, the clearer you’re thinking can become.”

Gray is British, and he professed that America, despite appearances, is still less secular than his home country. When he asked Carlson if this provided America with an advantage, Carlson said that the U.K. is “the most aggressively, angrily secular place I’ve ever been,” and then contended that the U.S. is, in his opinion, not that far behind.

“If you look at the polling on religious faith, just even on church attendance, it has dropped off a cliff,” said Carlson. “This country has become more secular more quickly than any place in the world other than maybe Spain after 1975 when [Francisco Franco] died, which really did become almost immediately non-observant. But America has really changed in the last ten years.”

“The downside [of free, spiritually numb thinking] is it leaves us much less prepared, psychologically and spiritually, for a pandemic.”

“I’m not repeating the Nicene Creed every morning over coffee, but I do remind myself throughout the day—because I’ve got my nose in all these coronavirus horror stories, all of which are real—I keep reminding myself: You don’t have control.”

“It kind of leaves you facing the truth, which is you can make predictions that are broadly true, but in the end, fate still exists. And I wish it didn’t. I wish everything were predictable, but it’s not, and that’s just the nature of life. And we have spent too little time thinking about that.”

Much if not all of what he says is true. We as a whole do not spend enough time on spiritual affairs. It is perhaps why more words of J.F.K.–“Ask not what your country can do for you, ask what you can do for your country”–is so difficult to follow when a national quarantine is supposed to be in play. It is why many pastors and priests are seeing this situation as that rainy day, when we are forced to address the architecture of our spiritual homes, and whether or not everything from the roof to the foundation is strong enough to weather life’s inevitable storms.