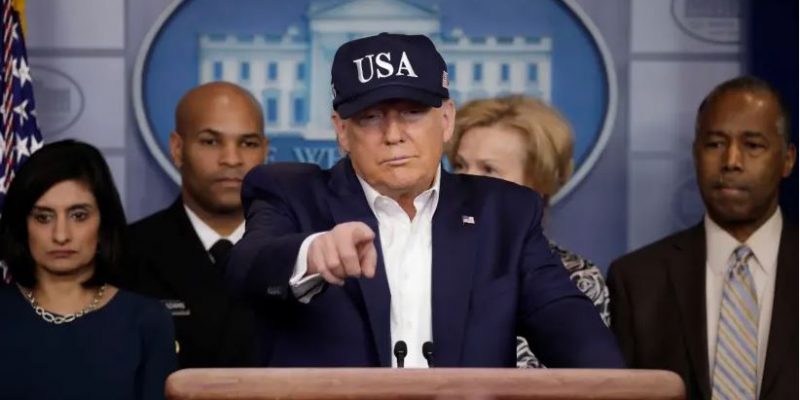 What is the correct information concerning this virus? Concerning anything out there? How do we really and truly know?

Is it irresponsible to immediately and unreservedly return to a former lifestyle and ignore the quarantine mandates?

Is it irresponsible, on the flip side, to spread a doomsday scenario that will help to destroy the economic and political landscape in America?

So what is the answer?

Admittedly, I don’t know. I think this is a prime example of where faith and the importance of including God in any society is a necessity. When you can’t possibly know all the facts, and when you don’t always know who is on your side or against you, you need that source of hope not to only get through a situation like this, but more importantly, to emerge victorious from the correct rabbit hole.

And the fact is that there are a number of rabbit holes out there, and depending on which one you choose, you could find more and more convincing information on either extreme, and everywhere in the middle.

For those Americans who are still taking a milder approach to this pandemic, who understand the danger of spreading unwarranted fear to the masses, the words of Dr Deborah Birx can bring solace. Brix says a lot in the video, which is worth the viewing, but here is an example of what she says concerning the truth vs what some in the media can be quick to spout off, inciting fear in the American people:

“Please, for the reassurance of people around the world, to wake up this morning and look at people talking about creating DNR situations, Do No Resuscitate situations for patients, there is no situation in the United States right now that warrants that kind of discussion. You can be thinking about it in the hospital. Certainly, hospitals talk about this on a daily basis, but to say that to the American people and make the implication that when they need a hospital bed it’s not going to be there or a ventilator, it’s not going to be there, we don’t have evidence of that.”

Again, that is just a piece. Watch the video or read the transcript. It is telling. Perhaps even soothing.

We as an American people have to stay strong right now. We have to stand behind our President, who is giving his all for the American people—and always has. His style can be off-putting at times, yes, but that’s his style. He has a coach’s heart and it’s just his way to rally the troops in opposition of an enemy. That enemy right now is the virus and anyone out there who is wanting to use the pandemic as a means for political gain. Make no mistake about that—the virus is serious, yes, but because of that exact serious nature, it will attract those out there who will want to capitalize on it, who will want to prey on the natural desire to survive inside every human being. Those looking to do that are just as much a part of the enemy as the disease itself.

Trump is a competitor. That style doesn’t always inspire people. But it inspires a lot of us, and that’s why we are willing to overlook his sometimes rough edges. He hates the enemy because the enemy hates America. The stakes are high right now. It is a must that we continue to stand behind our leader, and more importantly, offer prayers and fasting to our Almighty leader up above.