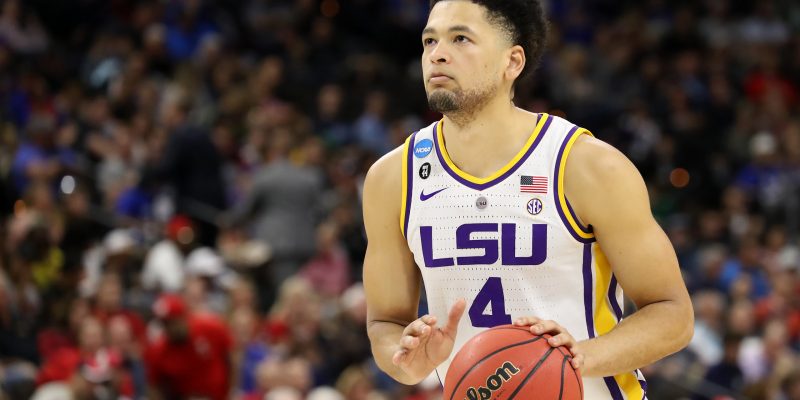 When LSU senior Skylar Mays joined the Tiger basketball team in 2016, he didn’t know what to expect.

Now four years later he is leaving behind a legacy for all future Tigers, and young people in general, to look up to. In a world of immediate gratification and an emphasis on sports over academics, Mays has found a way to achieve rare air in excelling in both.

For the third year in a row, the senior from University High landed on the CoSIDA Academic All-American team, and for the first time, was named the All-America Team Member of the Year.

The College Sports Information Directors of America made their announcement on Monday.

Had Mays played football for LSU, he might well have earned the coveted No. 18 jersey. His legacy of determination and hard work, through a journey of many ups and downs, speaks to the character and integrity of him and his family.

And he’s done it all after being just a two-star recruit coming out of high school.

Mays, a kinesiology major with a concentration in human movement and pre-med, was also named to the Academic All-America First Team in 2018-19, and landed on the second team in 2017-18. He has earned a 3.93 GPA to date and was named 2019 SEC Scholar Athlete of the Year, an honor he is sure to receive votes for again this year.

Mays is projected to be drafted in the second round of the NBA draft. He has a unique, well-rounded skill set and high basketball IQ, traits that may very well keep him playing pro basketball for years before he finally decides to use his degree or go to medical school.

Mays recognizes the hard work he has put in, and as his career winds down in Baton Rouge, he can look back at it with a sense of pride.

“It’s been a great experience for me at the end of the day, and I’m just so happy with all the relationships that I’ve made,” Mays said. “All the people that I’ve come across and all the support I’ve gotten over these past four years.

“The best part is that I don’t have any regrets. I came to work every day. I can look in the mirror and say that. I know I’ve approached the game the right way. It’s brought a lot of great moments, a lot of great experiences, and things that I’ll never forget.”

To be able to look in the mirror and not have any regrets is a position in life not many people can claim. Mays was a local kid just trying to find his niche at a big time university four years ago.

Now he is the epitome of what it means to be a scholar-athlete. For Skylar Mays, it isn’t just a catchy phrase–the sky really is the limit.