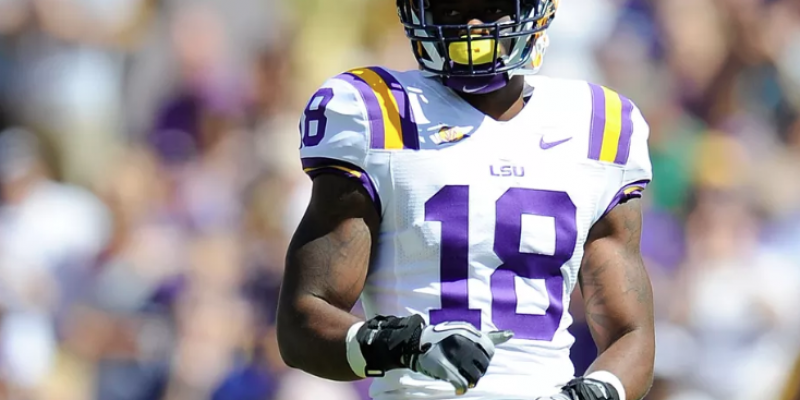 It has become one of the highlights of the offseason, a story that helps to fill the void of missing Tiger football on Saturdays.

Now that the LSU football team has announced that wide receiver and Biletnikoff winner Ja’Marr Chase will be wearing the coveted No. 7 next season, it is time to turn our attention to who will be wearing the No. 18, a tradition that goes much further back, to the 2003 national championship season with quarterback Matt Mauck.

Mauck injured his foot midway through his sophomore season in 2002, but worked his way back to lead the Tigers to the 2003 title. While the No. 7 has always gone to the most visibly dynamic playmaker on the team, the No. 18 transcends athleticism and statistics, honoring the one player who most exemplifies unique integrity and character, hard work and inner strength.

The honor for 2020 will likely go to one of two seniors who could have turned pro after last year’s national championship season: safety JaCoby Stevens and nose tackle Tyler Shelvin.

“It really kind of started as a joke,” Mauck once said, concerning his passing on of the number to incoming freshman Jacob Hester. “We wanted to give it to someone who’s a good player but also has character and is a good person. We had no idea the way it would work out.”

Hester wore the number all four years, from 2004-07, a practice which has morphed over the years. During the national championship season of 2007, the running back was the main man in a loaded backfield that included Charles Scott and Keiland Williams. His legendary effort against Florida, especially when he converted two fourth-and-one plays on No. 1 LSU’s game-winning drive, punctuated one of the greatest games ever in Tiger Stadium.

In addition, he scored on a third-and-goal play from the two, and he also had two other short third down conversions earlier in the game.

“It really took off as a tradition under Jacob, especially after that Florida game,” Mauck said. “He was a great player and the ultimate team player.”

Ultimate team player. Both Tyler Shelvin and JaCoby Stevens both fit this bill.

Both players on the defensive side of the ball could have declared for the NFL draft.

After starring on a national championship team, no one would have blamed them.

Instead, they both decided to return to anchor an LSU defense that will likely be a strength of the team because of it.

The 6-foot-2, 228-pounder wrote in a tweet just two days after LSU’s title victory over Clemson, “The 2019 season has been an absolute dream come true. Only God can write a script like this. As a kid growing up in Nashville, my dream has always been to play under the lights in Death Valley. Another dream was to be a national champion while suiting up in the purple and gold as an LSU Tiger. I thank God that I have had the opportunity to realize both of those dreams.

“After winning the national championship, I feel like this is only the beginning to something special. After much thought, prayer and talking with my family, coaches and the people closest to me, I have decided to return for my senior year in pursuit to leave my legacy at LSU.” 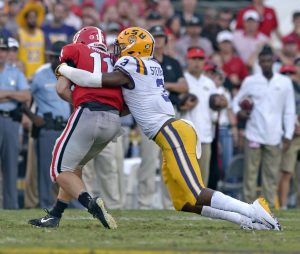 The highest rated recruit in LSU’s 2017 class, Stevens spent the first year and a half searching for a place on the team. While most five-star recruits carve their own path, Stevens had to meander around to find his. He went back and forth between safety, wide receiver, tight end, and linebacker his freshman season, simply because LSU was so deep at the safety position and head coach Ed Orgeron wanted to get Stevens onto the field.

“He was not going to be playing safety right away,” Orgeron said. “He had some stuff he had to improve on, but I wanted him to play.”

“It was them trying to get me on the field,” Stevens said, “but it was a lot.”

It was so much that in frustration he voiced a desire to transfer. He knew he needed to improve, but he wanted to contribute on a consistent level at a consistent position. It was his parents that encouraged him to listen, observe, and communicate with Coach O and the Tiger staff.

After the dust settled on Stevens finally finding a role on the team in late 2018 and all of 2019, he could look back and realize that it was his patience that was being tested and refined all along. According to a story by William Alexander of The Advocate, in high school, if Stevens was too hungry to wait for dinner with his family, he grabbed a Double Whopper with bacon from Burger King because the food came faster.

The recruiting process, in fact, was forcing patience long before Stevens even had to bounce around from position to position once he was in Baton Rouge. He wanted to commit to a school as soon as possible to end the potentially long and arduous process. But it was his parents once again who stepped in, encouraging him to wait and to ask the questions necessary to make an informed decision.

“By them doing that and pulling me back,” Stevens said, “I did choose the right school.”

If it had been any other way, he might not have that national championship ring coming to him in the fall.

He believes God has put him through a testing process that has made the recent victories, both individually and as a team, all the sweeter. He had to wait his turn. He had to forge gold through fire. He had to be patient.

He couldn’t gobble down that Double Whopper.

He had to wait for the roast to cook in the oven.

“I’m glad I had that experience,” Stevens said, “because it’s something I can use to give advice to people who are going to go through my same situation.”

At 6’3, 346 pounds, Tyler Shelvin is a mountain of an obstacle in the middle of the Tigers’ formidable defensive line. But it wasn’t that long ago when Shelvin walked onto campus in 2017 at 380 pounds, unable to play in his true freshman season.

A lot of hard work has gone into shaving off the pounds, and building the character and discipline necessary to become one of the most feared linemen in the nation. 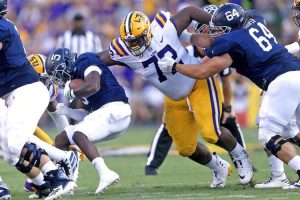 As would be the case with any 3-4 base defense, Shelvin’s statistics don’t jump off the page and he didn’t become a finalist for any major end-of-season awards. But the lack of gaudy stats, along with his long road to achieving his current playing weight, is what makes him a candidate for the coveted No. 18 jersey.

He conducts his business out of plain sight usually, as large as he is, fighting double-team blocks that free up tackles for roaming linebackers, who can be the ones thanking him after the game.

It is a confidence that speaks less to arrogance and more to a realization that his role on the team is crucial in allowing the defense to run as it should. And with new defensive coordinator Bo Pelini likely to implement more 4-3 principles next season, a scheme that allows for more freedom from defensive linemen, look for Shelvin to be in the opponents backfield even moreso, piling up more statistics and being seen for the mountain of a force that he is.

Stevens and Shelvin. Two seniors that will provide leadership, stability, and direction for a Tiger defense looking to improve on last year’s solid performance and to aid its newly potent offensive in chasing down another title.

Both passed up millions to return one final time to wear the purple and gold. Both deserve the No. 18 jersey. Both will receive consideration.

It is a shame they both can’t have it.

But rest assured, no matter who gets the distinction, it doesn’t make the other any less honorable for trekking the long and arduous path he has carved for himself.