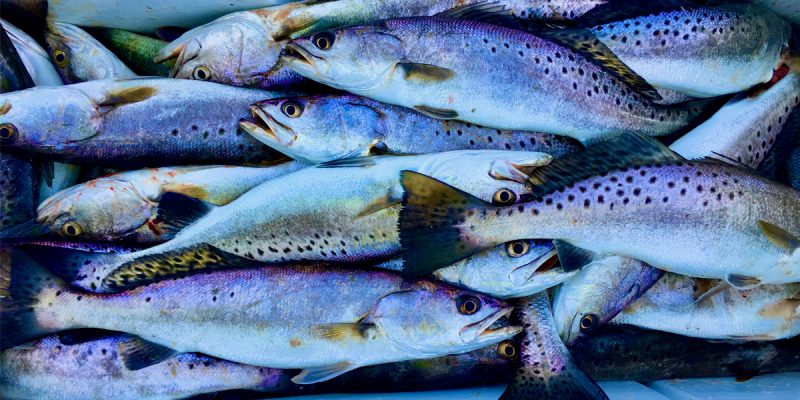 Mehmed the Conqueror was only 21 when he kneecapped the Byzantine Empire by turning to rubble the previously impenetrable walls of Constantinople and planting the seeds of the Ottoman Empire, which dominated southeastern Europe for 600 years. The dude was a savage, actually transporting his warships over land to attack the city where it was weakest.

Perhaps it was his youthful exuberance or possibly he was drunk with euphoria from his conquest, but when Mehmed climbed onto the throne in Constantinople, he declared himself Caesar. (Explanation for millennials: Caesar at the time was the title of the Roman emperor and not a salad dressing.)

We’ve all felt like Mehmed at least a few times in our fishing careers. Spend enough hours on the water, and sooner or later the moon, sun, Jupiter and Mars will all align with the exact spot you’re casting, causing the fish to feed like Kobayashi on July 4th.

That leads to the most enjoyable part of the experience — returning to a crowded fish-cleaning dock to let everyone see how much better you are than them. This can be done well or poorly.

Following are some pro tips to maximize the effect.

THE THUD: When you and your buddies pull your boat alongside the dock to drop off your cooler, you need to get some elevation on the box before letting it crash down on the wood like the handles suddenly got hotter than a potato pulled from a crawfish pot. You want the concussion to shake the very timbers supporting the dock, and instantly draw the attention of everyone on it. “Was that an earthquake? No, it was just my super heavy box with all my really big fish.” When everyone’s head snaps in your direction, just look away like it’s no big deal. This is how you end every fishing trip.

THE DUMP: Get two or three buddies to help you pour the fish in a massive heap in the middle of the dock. If you fished solo, ask around for help. This is even better because it fuels the buzz that already began with THE THUD. Ask someone nearby to take your picture as you kneel down behind the mountain of future fillets. When they agree, pull your phone from your pocket, and act like you’re having trouble opening the camera with your wet fingers. This will allow time for even more people to gawk in slack-jawed amazement at the result of your incredible fishing prowess.

THE LINEUP: This is a variation of THE DUMP, but it can be used for more effect. Pull the fish from the cooler one at a time, and line them up in a perfect rectangle at the center of the dock. It will build suspense as everyone glances repeatedly in your direction and wonders just how many fish you have in that chest. Each angler will surely feel grossly inadequate in the blinding light of such fishing greatness.

THE PREP: After THE DUMP or THE LINEUP, transfer your fish to the actual cleaning table, being certain to take up as much space as possible. Leave little corners of the table for lesser anglers and their paltry hauls. Before you touch knife to fish, however, be sure to sharpen your blades with much flair, so everyone can see your knives got dull from cleaning so many fish on your last trip. If you’re using an electric knife, hold the blades in front of you, and finger the trigger, like you’re testing to make sure it still works after such frequent abuse. The noise of the knife will surely draw even more attention to the spoils of your day.

THE SELECTION: This is a critical part of the process. By now, everyone at the dock is well aware you’re the guy Kevin VanDam should call for advice, but late-arriving anglers are apt to show up at any moment. Clean your smallest fish first so when they get there, they see your pile of fillets and assume all the fish you’ve already cleaned are the size of the ones still on the table.

THE CROW: This has to be done exactly right. Post the photos you acquired after THE DUMP or THE LINEUP to all your social-media accounts, but the caption has to let people know this is a common occurrence for such a legend. Go with something like: “Just another day at the office” or “Went shopping at God’s grocery store” or “Where am I going to put these? My freezer is already full.”

THE FEAST: Invite over only friends who weren’t on the trip to share in the meal. Talk about the day in blasé terms, like “okay,” “fine” and “decent.” Remind your buddies that 10% of the anglers catch 90% of the fish, and watch the disappointment hit their faces as they realize what percentage they’re in. If you’re frying the fish, set up the burner and pot in your driveway so your neighbors will catch the wafting scent and marvel that they live on the same block as such a skilled craftsman.

Interested in more news from Louisiana? We've got you covered! See More Louisiana News
Previous Article INNER STRENGTH: Seniors Stevens, Shelvin Both Deserve the No. 18 for LSU
Next Article ERSPAMER: The 2019 Numbers On Louisiana’s Economy Were Horrendous