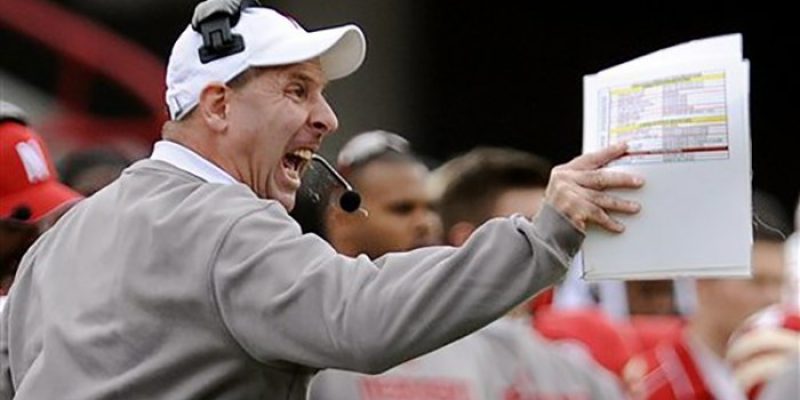 And there’s a good chance we won’t be calling him Beaux.

Bo Pelini, who was LSU’s defensive coordinator during a dominant run from 2005 to 2007, was hired by head coach Ed Orgeron earlier this week to fill the same position vacated by now-Baylor head coach Dave Aranda.

“We are privileged to have one of the top defensive coordinators in all of football in Bo Pelini join our staff,” Orgeron said. “Bo has had some of the best defenses in football during his career and we are looking forward to him bringing his tremendous amount of knowledge and expertise back to LSU to continue to win championships.”

In each of his three seasons in Baton Rouge, Pelini’s defenses ranked No. 3 in the nation in yards allowed. LSU also ranked No. 3 nationally in scoring defense in 2005, and No. 4 in 2006.

The good news is that Pelini himself is not the only thing that’s back.

He will also be bringing back something that has been missing in the years and with the many coordinators since he left.

“I think they’re going to love it,” Oregon said Tuesday morning of Pelini’s ‘in your face’ style. “Obviously there are several ways to coach, and everybody has to coach within their own demeanor. I love the way he coaches.”

Pelini is as different as the Gulf of Mexico is wide from Aranda, who was nicknamed “The Professor” and was never captured on national television ever raising his voice. According to The Advocate’s Scott Rabalais, in all the practices he attended in the last four seasons, he couldn’t recall the cerebral defensive voice ever more audible than at a conversational level.

Aranda would correct and direct using a stern father-son approach if necessary.

Pelini may be your father, but he is also a pseudo-twelfth man on the defense who would probably like to go out there and crack some heads with you. He will yell. He will curse.

He will be heard.

His prickly, antagonistic attitude wore thin with “Nebraska Nice.” The beginning of the end came in 2013, after a two-year-old, profanity-laced audio tape of then-head coach Pelini was leaked to Deadspin.

A Tiger fan would likely have a hard time placing that kind of fire with Dave Aranda.

That approach to coaching should go beyond empty anger, however. One thing the Tigers defense has been missing is a defensive line aggressive enough to pressure the quarterback. Strategically, Aranda’s 3-4 defense simply highlighted the linebackers more.

But if LSU returns to the 4-3, look for more ferociousness and fun from the front four. Tiger fans will quickly recall the days when Dorsey, Tyson Jackson, Chase Pittman, Kyle Williams, Ricky Jean-Francois, and others were living in the opponent’s backfield and crushing the quarterback.

Not to mention the return of the linebacker and safety blitz on more frequent occasion:

As great and fun as LSU’s offense was to watch this year, Tiger fans have to be aching for the days when Tiger defenses were as nasty as they were skilled. Yes, the game has opened up in the last fifteen years, and certainly rules protecting the quarterback will have a say. But from a strictly aggression and entertainment standpoint, Pelini will undoubtedly return LSU to where it should be.

He may not be head coach material because of the politics. But he is a damn strong defensive mind.

Just don’t call him Beaux. He might not respond well to that.