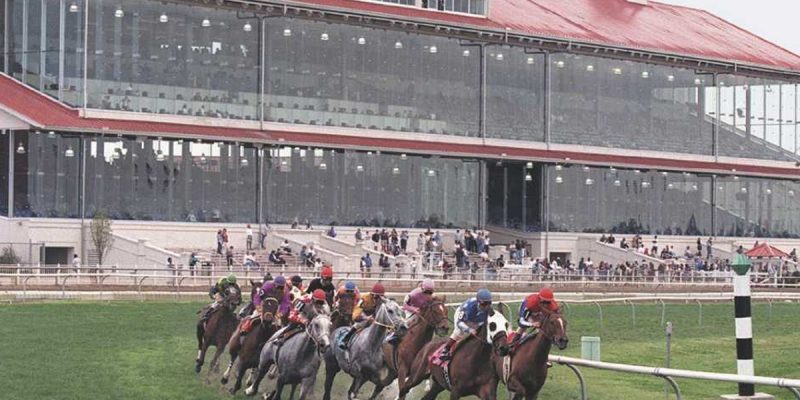 Almost the only live sport to remain over the past couple of weeks since professional leagues and college associations cancelled their remaining seasons has been horse racing. Unfortunately, despite its prevalence in Louisiana, it won’t help the looming budget crisis to come and the fallout may put the industry closer to extinction in the state.

With voluntary slowdowns and a succession of proclamations by Democrat Gov. John Bel Edwards, a sizable portion of economic activity within the state’s borders has come to a halt. Combine that with downturns in the oil and equity markets, and the recipe for a budget shortfall for this year plus carryover into next fiscal year’s if not a matter of if, but how much.

Suspension of athletic events contributes to this, in the form of taxes gathered on lost ticket and concession sales, as well as income taxes forgone from athletes not receiving pay (both residents and non-residents). However, horse racing kept on, with New Orleans’ Fair Grounds continuing its thoroughbred meet and Bossier City’s Louisiana Downs its quarter horse meet. They did so, after the Edwards bans on more than 250 (later lowered to 50) people gathering, by barring spectators.

The pair did call it quits a bit early. New Orleans Democrat Mayor LaToya Cantrell issued a proclamation last Monday that closed many venues, but not a large outdoor facility like the Fair Grounds. But after its signature Louisiana Derby event Saturday, the track announced it would end its season then and there, eight days early, after having closed its off track betting (OTB) locations, with its slot machine portion of the track closed already when patrons no longer were allowed admittance. Louisiana Downs had closed after the Sunday before, two days early, with its slots closing a couple of days earlier than that.

So, at least for the second third of March while other sporting activities shut down horse racing went on to provide not just a sporting outlet that may have attracted more attention than otherwise in the vacuum, but perhaps higher bettor revenues as well. Keep in mind as well that Louisiana runs more races and horses than all but a handful of states, so the action would gravitate disproportionately to the state at least through OTB or Internet betting.

That’s the good news. The bad news is, in the relative scheme of state revenue generation, horse racing produces just a drop in the bucket, because there’s not a whole lot there to begin with.

The common wisdom is that gaming (not “gambling,” which is illegal) produces a significant chunk of money for the state. As a whole, in fiscal year 2018 casinos brought in $480 million, the tracks’ video poker $52 million, other video poker (including at OTB parlors) $175 million, and $172 million from the lottery. By contrast, taxes gathered from pari-mutuel betting end up anywhere from less than a half percent to a single percentage point of that $879 million total.

It’s hard to tell as no source of tax revenue in Louisiana is as difficult to figure out as what come from bettors on races. This is because much gets diverted into running the state’s Racing Commission, to supplement purses at the tracks, and to encourage breeding. Here and there the state snicks a percent, but only on “exotic” wagering (and not even on three days a year). And OTB is handled entirely differently, which actually can be the most lucrative source of funds because one two-hundreds of the money bet on Louisiana races goes to higher education (with the rest of the allocated 1.5 percent going to the state’s Racing Commission and breeding).

As a result, the figures can vary considerably. A Legislative Auditor report put the FY 2013 figure at just over $3 million, but a research organization claimed pari-mutuel betting brought the state $8.6 million in FY 2015. The 2018 LLA audit had FY 2017 revenue at $4.7 million. This doesn’t include licenses and fees.

Only when statistics come in might we tell if people turned to increased gambling on Louisiana races for that short period, bored without any other entertainment outlets. Even if they did, it would have had to come at domestic OTB parlors or through the Internet. Either way, the state would have made little: it gets but a quarter a patron from OTB (and they may have ended up betting on races outside of the state, which nets the state nothing) – which it lost from live track attendance anyway – and it outlaws all gambling (for now) by computer, so it can’t collect by Internet betting.

And the future doesn’t look bright for this source of state revenue. For the first half of the fiscal year, the total handle from the tracks and OTB was down nine percent, with FY 19 having collected $184 million. And Delta Downs unlikely will race it entire 46-day quarter horse schedule starting Apr. 17, Evangeline Downs will miss days from its 84-day thoroughbred schedule that would have started Apr. 8, and Louisiana Downs could even miss part of its 84-day thoroughbred schedule starting May 2 (coinciding to begin with the Kentucky Derby, which itself has been pushed back to Sep. 5). OTB for Louisiana Downs and Evangeline Downs remain open, running out-of-state races if not food and beverage service, but undoubtedly will close as a result of the latest Edwards proclamation lowering the number to 10.

Thus, put down horse racing as another sector of the Louisiana economy that the commerce stoppage that will suffer. It’s an industry that has undergone a decline nationwide – with starts in Louisiana down 25 percent from 2008 to 2018, less than the U.S. average, but purses down 15 percent while the U.S. suffered less than a third of that decline – that to some degree has been blunted only by the provisions kicking back 18 percent of racino slots action to purses and breeding, which is the lion’s share of the roughly $100 million of state collected funds dedicated annually to these. And with the coming cash crunch, there may even be an attempted raid on that as tried in 2014.

The longer this goes on, the more sectors will become scarred more than temporarily, if they survive at all.

Interested in more news from Louisiana? We've got you covered! See More Louisiana News
Previous Article Red State Or In The Black? Texas Faces Budgetary Hit From Oil Price-Drop, COVID-19
Next Article We’re Expecting A Hot Week In Louisiana – Will That Help With The Virus?