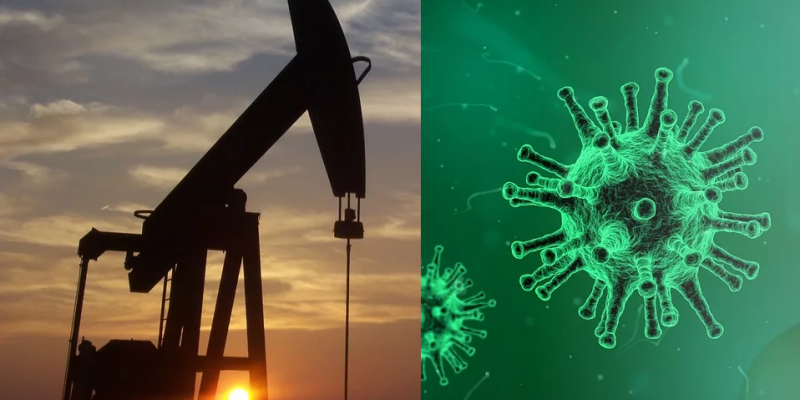 The phrase “red state” has taken on a completely new meaning given recent hits to the otherwise roaring Texas economy.

Meeting over the weekend for a members-only conference call, members of the Texas House Appropriations committee, the outgoing House Speaker, and the Comptroller discussed the very real possibility that the state’s general revenue may take a significant hit given recent economic woes.

Republican Comptroller Glenn Hegar said revenue could be down by a least a billion dollars, not just due to coronavirus/COVID-19, but also an oil price war that has made domestic oil less competitive.

According to several sources, Hegar said it was too soon for any hard predictions, but that a “current recession” is under way and a revised economic forecast can be expected in July depending on what action is taken in the meantime.

In October, Hegar estimated a $3 billion cushion for the 2020-21 budget cycle, with a Rainy Day Fund (formally the Economic Stabilization Fund) of $9.3 billion projected by 2021. The Rainy Day Fund is largely funded by oil and gas excise taxation, which has obviously been negatively affected.

Hegar reportedly pointed to an economic slowdown and government-imposed restrictions following 9/11 as a case study for what to prepare for in the remainder of 2020 and going in to 2021 legislative budget meetings.

From the hip: There are plenty of financial resources available for the state to offset an unexpected economic turn-down, but accessing it is the trick.

As a little perspective, Texans have been proud for many years of its pay-as-you-go budgeting, and lately for having a substantial Rainy Day Fund from which to draw from for various purposes (hint: no longer just for rainy days). Texas still retains the spirit of that pay-as-you-go system, first instituted in 1942, and because of that the budget is sustainable even during a period of reduced tax revenue from various sources.

Alas, the budget must be set for a two-year period. To plug any holes caused by an un-anticipated drop in government revenue during that biennium, the governor and other state executives could tap into state disaster relief funds which exists in several forms throughout the state budget for various purposes (infrastructure rebuilding, off-shore oil spills, etc.). But for the Rainy Day Fund to be used, a special session of the Texas Legislature would have to be called, and Gov. Greg Abbott has given no indication of that at this time. The next regular session is scheduled for January.

Also part of the equation: Texas’s share of federal disaster relief could come in the form of $2.5 billion — and that’s if Congress and the President can agree to a plan.

In short: Texas has enough in the bank to offset any hit to government coffers, especially with the regular session now less than a year away.