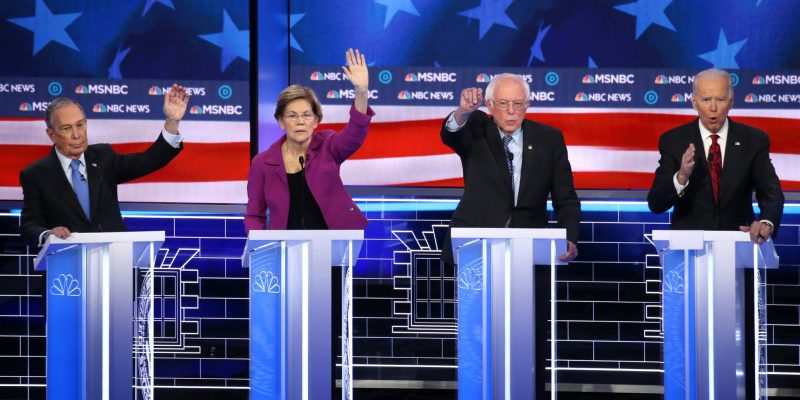 You could say that they are ‘dropping like flies’ as three top candidates withdraw their names from consideration for the Democrat nomination for President of the United States.

Following a third place finish in South Carolina on Saturday, which came with the heavy price-tag of over $22 million, billionaire Tom Steyer (D-NY) called it quits the same night.

Despite a strong showing in both Iowa and New Hampshire for which he expended all of his campaign’s resources to secure, Pete Buttigieg (D-IN) dropped out on Sunday.

It is likely good news for the resurgent campaign of Joe Biden fresh off his big win in South Carolina where he received nearly 50% of the vote. All three candidates were, at least in comparison to Bernie Sanders, perceived to be moderates meaning their supporters will likely move over to Biden with or without an official endorsement from their preferred candidate.

While there is no word yet on an endorsement from Steyer or Buttigieg, Amy Klobuchar is reportedly planning to endorse Biden at a rally in Dallas tonight.

The narrowed field may also benefit Mike Bloomberg who has spent hundreds of millions of dollars in the hopes of pulling off a surprise tomorrow (on Super Tuesday).

The shakeup in the race just days before fourteen states hold their primary elections has caused many to speculate that Democrat operatives are shuffling the deck to slow down or even stop self-proclaimed socialist Bernie Sanders from being their party’s flag-bearer.

It is safe to say that Joe Biden will perform between a little and a lot better in tomorrow’s elections which means more delegates for him and less for Bernie Sanders.

President Trump poured gasoline on the fire, teasing Democrats over their infighting saying,

“Pete Buttigieg is OUT. All of his SuperTuesday votes will go to Sleepy Joe Biden. Great timing. This is the REAL beginning of the Dems taking Bernie out of play – NO NOMINATION, AGAIN!”