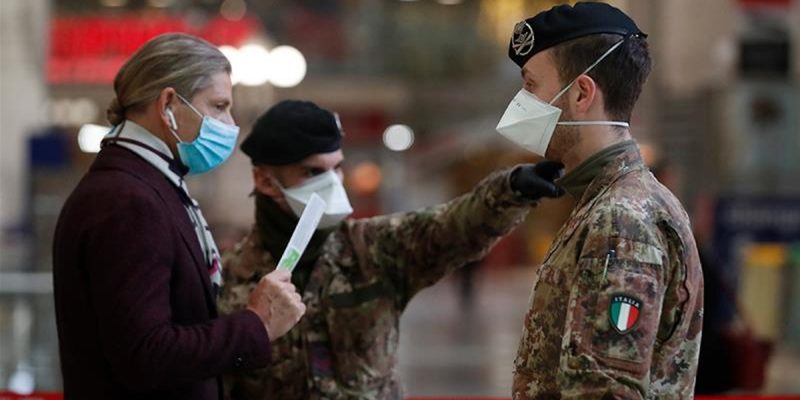 We’ve decided to do what we can to push back on what is quite obviously a gross overreaction on the part of government officials and without question the media on this Wuhan virus pandemic. There is a fundamental lack of long-range thinking at work here, and it can’t be stressed enough that the reptilian, linear and, frankly, lazy, analysis of a very complex issue on the part of far too many decision-makers has consequences which can become far worse than the havoc the Wuhan virus itself.

By now some of you may well have written us off as ostriches with our heads in the sand, or as unfeeling, uncaring people who’ll gladly sacrifice the elderly or other at-risk populations to this epidemic. We’ll ask that you bear with us a bit before coming to that conclusion, because we take a considerably longer view of what this event means and how best to approach it.

And we think if you’ll keep an open mind, you may well come to a similar view.

Before we get started, here’s a clip from Steve Hilton at Fox News who does a good job of framing the situation and the government’s response to it.

With that in mind, here are ten links, thoughts and facts we’d like you to consider.

1. Don’t automatically swallow the “flatten the curve” argument without asking some rude questions about it.

You’ve all seen this graphic in some form or another, have you not? 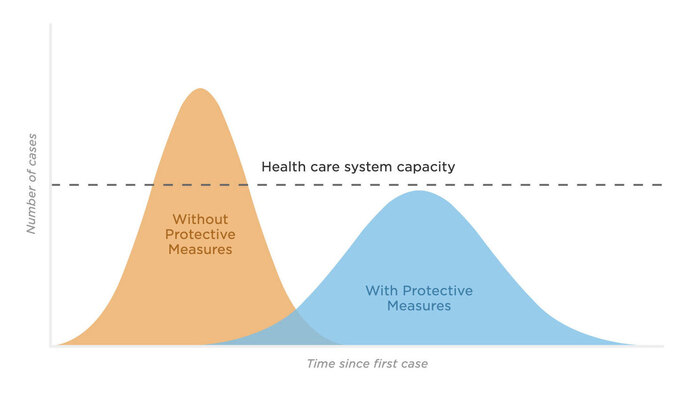 Hilton talks about this, and something he says is an excellent point people should carry with them. Namely, why is that line indicating the capacity of the health care system flat?

Is health care not an economic good? Are economic goods not characterized by elasticity of supply to meet demand? Why isn’t that line curving upward?

Hospitals can add beds if need be. Hospitals can purchase or rent space in hotels, warehouses, strip malls, you name it, disinfect them and bring in beds and equipment. The federal government has just appropriated $8.6 billion to fight the Wuhan virus; the purpose of that money had better be to bend that line representing health care system capacity upward.

You should be adamant in demanding local, state and federal officials receiving those resources bend that line upward. It’s your tax dollars they’re getting for that purpose, and if they fail to do it they’re the ones at fault for the people who don’t get the health care they need.

The second thing about the “flatten the curve” narrative that ought to be challenged is we don’t know where we are along that curve. Are we at the bottom of the left side of it? Along the rise? Near the top?

It’s being presented to you as though we’re at the very beginning of this event. Are we? How do you know?

Do we know for sure who and when the first cases of the Wuhan virus manifested in America?

We ask this question because a couple of months ago there were lots of folks in New Orleans who complained of some sort of respiratory “crud” that wasn’t the flu but was worse than a cold. It wasn’t bad enough to go to the hospital or even to see a doctor for most of them; others go tested for the flu and came back negative. Do we know for sure those people didn’t have the Wuhan virus?

After all, the Chinese government – we know now – lied to us about the disease and its spread, and for six weeks or more late last year there were people circulating not just in China but getting on planes and traveling to America who almost certainly carried it here. We started tracking the Wuhan virus in January when China finally began telling the truth about it, but who’s to say how far along we are?

Bear in mind that as you see the numbers mount on cases, hospitalizations and deaths from the Wuhan virus, those numbers are not the whole story. They’re simply the numbers we know of based on the people who’ve been tested. And increases in cases only mean an increase in positive tests. That limitation makes it very hard to know, particularly at this stage, where we are along the curve.

2. What happened in Italy is terrible, but is it really predictive of the American experience?

Mike Bayham has a post analyzing cases from Italy of this thing. His point is the warmer, more southern Italian regions have had it fairly easy with the virus, while the northern ones, which are more mountainous and colder, are the ones which have really gotten hammered.

His point is a hopeful one, in that as spring turns to summer there is some reason to believe this thing will abate. He’s likely right about that, as coronaviruses (this is a new strain of coronavirus, but coronaviruses themselves are nothing new; many cases of the common cold come from coronaviruses) typically die off once the weather gets into the 80’s.

But there’s more to the Italian comparisons.

First, understand there is a connection between Wuhan, the epicenter of the virus, and Lombardy, the Italian region hardest hit. Namely, there are some 100,000 Chinese living in Lombardy and most of them come from Wuhan and Wenzhou. There are, or were, daily flights between Milan and Wuhan. Milan, and the area around it, is a global center of the garment and leather goods trade, and Chinese immigrants, many of them illegal, work there in sweatshop conditions. What that means is it’s highly foreseeable that Lombardy could have quickly become a hub for the spread of that virus.

Then you have the fact Italy has the second-oldest population on earth, and an extremely high percentage of Italians are regular smokers (as are Chinese), which would make them a lot more susceptible to a respiratory infection like this is, and add to that the fact that Italy’s health care system is a single-payer mess more interested in rationing care than bending that capability line we talked about upward, and you have a recipe for trouble.

The official death rate from coronavirus in Italy is 1,809 out of 24,747 positive cases as of this morning, or 7.3 percent. That’s an alarmingly high number, but remember – it’s a number based on reported and tested cases. Those 100,000 Chinese, many of whom are illegals, who only had mild cases of the infection: do you really think they ran out to get tested for it? And how likely do you think it is that the virus first circulated in that community?

To project the Italian experience onto our own is a questionable thing to do. Particularly given that the Italian response to the outbreak, a lockdown of their society, doesn’t seem to have prevented its spread. More on that in our next post.

Interested in more national news? We've got you covered! See More National News
Previous Article BAYHAM: Will The Approach Of Warm Weather Slow Down The Coronavirus?
Next Article High-Stakes Testing Canceled In Texas ‘Thanks’ To Coronavirus