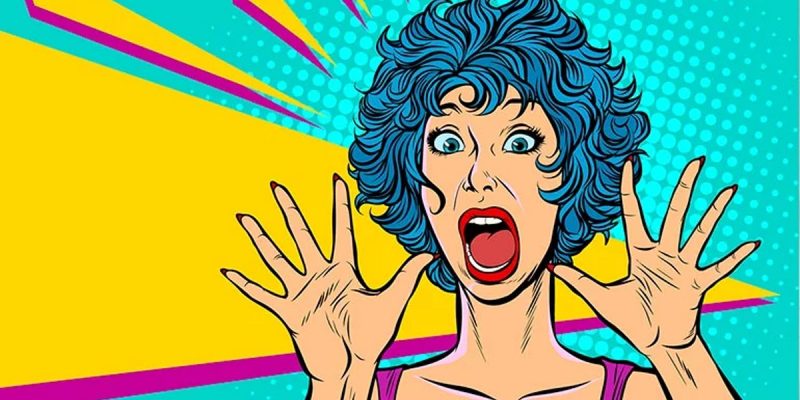 As we continue our series on how our leadership is handling the Wuhan virus scare, it’s time to focus on what you think you know about this event, and where we’re getting our information and perspective from.

5. This whole panic should make you ask the question of scale.

These are absolutely infinitessimal numbers.

Are we at the beginning of this event? We’re probably toward the beginning, yes. Will there be more victims of the virus? Undoubtedly.

Remember that the 2009-10 H1N1 swine flu pandemic ran up numbers so much larger than this it’s hard to even fathom the difference. In that event 59 million Americans contracted the H1N1 virus, 265,000 were hospitalized as a result (0.4% of the estimated total number of people who contracted it), and 12,000 died (0.02%). The deaths from swine flu were far more generalized than in the case of the Wuhan virus. When people continue screaming at you that THIS IS NOT THE FLU, they are correct – in nearly every case, for COVID-19, or the Wuhan virus, to be life-threatening, there must be an underlying medical condition putting someone into a high-risk pool. Either they’re elderly, they’re diabetic or obese, they have respiratory or immune-system issues.

Worldwide, it’s estimated that between 700 million and 1.4 billion people were infected with swine flu and between 150,000 and 575,000 died of it. Those estimates vary wildly because the response to the swine flu was nothing like this has been – the swine flu didn’t shut down sporting events, festivals, bars, restaurants or much of anything.

The first identified case of swine flu worldwide was in January of 2009 and the epidemic continued until about August 2010.

Those numbers sound absolutely awful, don’t they? It turns out that a follow-up study done in September 2010 showed that the 2009 H1N1 flu was no more severe than the yearly seasonal flu.

This happens all the time. It’s a fact of life.

Now – add this respiratory infection on top of the yearly battle against influenza, and does it pose a threat to the health care system? Assuming the health care system can’t be made elastic enough to accommodate more patients, which is what we are spending nearly $9 billion of our federal tax dollars for the expressed purpose of doing, it’s possible that might be the case.

Even so, the world did not end in 2009 and 2010 when 12,000 Americans died of the swine flu. We mourned them and we went on with life. It was their time. In the case of this situation, far more drastic measures are being taken to fight this infection than were ever put in place with the swine flu, and the numbers associated with it are microscopic so far in comparison.

Again – how far along are we on that curve we’re trying to flatten? China, where this thing was first set loose (by however means it was), is supposedly on the far side of the curve, though no one should believe much of anything that government says. But in South Korea, which has had some 8,200 cases of the disease, no new deaths have been reported (they’ve had 75 total). The epicenter of the event is now in Europe, and particularly in Italy and Spain. Neither of those countries appear to be on the back side of the curve as China or South Korea are, but the total numbers look very unlikely to approach anything like the swine flu epidemic.

Which brings us to this…

6. “Showtime syndrome” and the matter of credibility.

You’re being constantly told, and by now you probably believe it, that “all” of the medical advice in dealing with the Wuhan virus points to ever more draconian measures and that those are the only responsible reactions.

Let’s say you’re an immunologist. You’re in a profession which puts you about as “in the weeds” as it’s possible to be. You do something the vast majority of people know nothing about and frankly don’t want to know anything about. That means it’s going to be very, very rare when you get interviewed by the local paper, or are asked to do a spot on a local talk show, or to get on TV.

Then up comes something like this, and all of a sudden you’re in demand.

What’s your response going to be?

A clue: it’s going to be exactly the same that you get from climate scientists when the question of global warming comes up.

Nobody in an otherwise obscure profession is going to blow an opportunity to be relevant by downplaying the thing which offers them sudden relevance. Immunologists who will cast the Wuhan virus as nothing to panic over are going to be very few and far between.

This ought to be understood, in the same way that people chuckle and discount the never-ending hype that, for example, the Weather Channel will pull out all the stops to supply for every minor hurricane which happens to make landfall. It’s become a big joke that when Jim Cantore shows up in your town it’s time to leave, because once the camera is on Cantore will begin babbling about Biblical destruction.

Everyone does it, because everyone is looking out for themselves. Your author counts himself as honest as the next guy, but I’ll confess – if a publisher were to call me as someone who writes for a living and now produces novels and asks for a recommendation of a new author deserving of a six-figure advance, you can bet I’ll quickly spout the elevator speech surrounding my novel and its upcoming sequel. This is the same thing.

Let’s not forget, while we’re on the subject, that the Centers for Disease Control, who are being assigned godlike status at the moment, are hardly above abusing their credibility in favor of rather offbeat and off-mission advocacy. The CDC is not above challenge on this or any other issue.

And the immunologists are the most credible people amid the media hype of this event. We’ll spare you the discussion of the ideological and political foundation underlying the use of the Wuhan virus as a tool to support a particular political party and its agenda; you already know or suspect that has played a role in the frenzy this has created.

As we discussed in Part Two, the decision-making of our politicians is not immune from these biases, either. A LaToya Cantrell, J.B. Pritzker or Bill DeBlasio is hardly a strong enough or sober enough leader to weigh the hidden costs of overaction against the media hype of “inaction.” They’re being carried along with the current for fear that to stand against the ongoing panic would hold them up to withering abuse in the media they can’t withstand. In many cases, for example Cantrell’s, they’re already severely damaged by past examples of poor leadership and bad performance, and therefore lack the credibility to engage in anything other than boilerplate media-friendly approaches.

So Showtime Syndrome becomes public policy, and almost nobody has stopped to think about three things…

If these questions can’t be openly considered and debated without accusations of not taking the Wuhan virus seriously being thrown around, then something far more serious than respiratory health is under threat.

Interested in more national news? We've got you covered! See More National News
Previous Article Ten Things Which Might Change Your Mind On The Wuhan Virus (Part 2)
Next Article HUNKER DOWN: National and State Governments Call for Stricter Measures, Vaccine Test is Confirmed