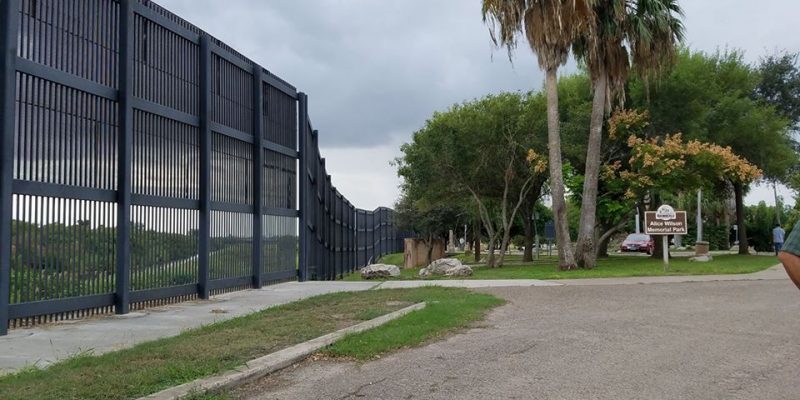 There’s a very compelling reason why securing the southern border not only needs to be a priority but also a necessity: and that deals with the more-than-likely forthcoming federal decriminalization, if not the outright legalization of marijuana.

When then-candidate Donald Trump was asked specifically in 2015 if he would support the federal legalization of marijuana, he answered yes to at least the legalization of medical marijuana. President Trump’s track record already has recorded the federal legalization of hemp, the non-THC-laden cannabis cousin of marijuana. This contrasts heavily with a the leading 2020 Democrat Presidential Candidate, Joe Biden as well as Democrat flame-out, “Stop-and-Frisk” Michael Bloomberg, both of whom support keeping marijuana a Section 1 narcotic. Many political strategists are predicting President Trump at the very least signing an executive order decriminalizing marijuana as the final “Trump Card” to gain support of the youth-vote and stoners alienated by Biden to secure his re-election.

Why the impending federal legalization of marijuana is a pressing matter on the southern border’s security has to do with the Mexican Economy, specifically how much of the economy is currently being propped by the drug cartels. As reported by many mainstream news organizations, the Mexican economy has for some time been propped up by inflated prices generated by the black market drug trade run by savage cartel members that negotiate by machine guns. The drug trade has been reported to generate $500 billion for the cartels on an annual basis and these cartel leaders then use this revenue to buy off politicians and their local law enforcement to look the other way.

It is these very reasons why the southern border of the United States needs to be secured now and why it will even be more imperative if and when marijuana is legalized at the federal level. Legalized domestic production of marijuana in the United States with first kill the demand for black market weed smuggled across the southern border which will in turn cause a huge supply increase thus collapsing the price. This will lead to substantial recession of the Mexican Economy due the collapse of the cartel drug trade. This will lead to the cartel violence spilling over into the U.S. as retribution for U.S. production undercutting the cartel’s prices as well a many immigrants trying enter the U.S. caravan-style if the southern border is left unsecured.

This however should not be viewed as an endorsement of the US’s continuing the policy of maintaining marijuana prohibition. If anything it’s an indictment of it by allowing it to continue for this long as protectionist policy of foreign drug cartels. The scenario described above will be an inevitable occurrence, the band-aid has to be ripped off at some-point, and kicking the can down the road will make that “some-point” more painful than it is now. Keep in mind it was Democrats that enacted legislation outlawing cannabis. The Marijuana Tax Act was enacted in 1937, signed into law by FDR. It was President Clinton that signed into law stringent federal legislation regarding possession low amounts of marijuana, only repealed during the Trump Administration.

Another fact that should not be overlooked is the amount of money spent by marijuana users.  Wouldn’t it be a good idea to instead of sending half a trillion dollars to Mexican Drug Cartels have that money go towards growing the US GDP? Domestic Marijuana production would create new, non-government subsidized jobs in production and distribution growing agricultural and service industry employment alike, all of which will increase the tax base. Without authorizing a new “sin tax” (like the state of Illinois’s which at 40% has shift the foreign black market in that state to a domestic one), by taxing legal domestic weed at the same rate as any other industry can generate billions in income tax for the federal government, well more than the cost of the wall. Tax revenue In billions would be generated for the states as well. Example: Texas taxing legal marijuana at the standard sales tax rate could bring in hundreds of millions in extra revenue without having to raise property taxes any higher than they already are.

The benefits out-way the consequences and like alcohol which also had failed prohibition which lead to organized crime syndicates, with rational regulations and education, there would not be a sudden pandemic of stoners nor would there be anymore under-aged users of Marijuana. In fact I beg to to differ because it won’t be “cool” any longer to try engage in activity because it is no longer the “banned thing to do”

This is why it is also imperative to support securing the southern border and build the wall. For far too long the United States has been subsidizing economies in foreign countries. Undoubtedly The Trump Administration exiting NAFTA and spear-heading the USTA for North America is interrelated with this as well. President Trump has stated to put “America First” and bringing back a domestic manufacturing and agricultural economy to diversify away from a service-only based economy is what is necessary to build long-term steady growth for the nation. Likewise it will force foreign nations to no longer rely on subsidies from the United States and build up their GDP on sound domestic economics.

As the coronavirus outbreak has foreshadowed, a global-dominant economy can completely collapse, even if the pandemic is limited to certain regions of the globe. Also enforcing sovereign borders would slow if not stop the spread of communicable diseases as well. It’s time to put America first and domestic production first because without strong borders you don’t have a sovereign nation — you have anarchy, and anarchy leads to chaos.