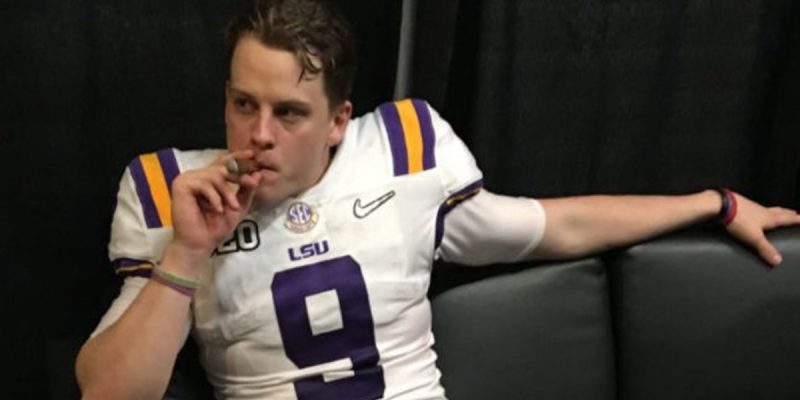 The organization that fared the best in the 2020 NFL Draft isn’t a professional team but the LSU Fighting Tigers.

Consider the draft a final victory lap by arguably the greatest college football team of all-time.

The champions had five players selected in the first round of the draft, leading off with Heisman Award-winning quarterback Joe Burrow being picked first overall by his home state of Ohio’s southern pro team, the Cincinnati Bengals.

Yet my favorite non-Saint pick was the 32nd and final selection in the first round when the World Champion Kansas City Chiefs landed RB Clyde Edwards-Helaire.

Chiefs head coach Andy Reid put the cherry on top for the undersized yet passionate running back when he disclosed that Chiefs quarterback Patrick Mahomes asked his coach to go for Edwards-Helaire.

Eight other Tigers were drafted setting an SEC record and signaling to recruits that Death Valley is a great springboard to the NFL.

The Saints didn’t make out too shabby themselves, if not in numbers then in quality.

The Black and Gold went with one of the top centers in the country in the first round, drafting Cesar Ruiz of Michigan.

And then the front office went into swap meet mode.

The Saints sent their third round selection (#88) and their 2021 third round pick to Cleveland, jumping up to #74 address the team’s thin personnel at linebacker with Zack Baun of Wisconsin.

But not for long.

The Saints then traded back in to third round to snag Minnesota’s #105 pick in exchange for the Saints’ 4th, 5th, 6th, and just acquired 7th round picks, using the bundled selections to land Dayton tight end Adam Trautman.

Though they had surrendered all of their remaining picks in 2020, the Saints plunged back in to the draft on Day 3 to grab Mississippi State quarterback Tommy Stevens, shipping their 2021 6th round pick to the Houston Texans.

In addition to gunning for quality, the Saints limited number of draft picks through trades is a sign the team is satisfied with the personnel they already have on their roster.

Also the Saints likely didn’t want a repeat of ditching recently drafted players as was the case in 2018 when they jettisoned four picks.

In the case of Ruiz, Baun, and Trautman the Saints brought in high value players that should be able to contribute immediately rather than develop later, a critical consideration as it appears that the window for one more Drew Brees Super Bowl will close at the conclusion of this season.

Another statement from the draft is that Sean Payton truly believes that Taysom Hill will be the immediate successor to Brees as the signal caller as the Saints passed on quarterback Jordan Love while he was still on the board in the first round.

The Saints then added an exclamation point to that sentiment handing the “human Swiss army knife” a two year extension worth a reported $21 million.

Even with the Saints looking at bringing ex-Tampa Bay Buccaneers quarterback Jameis Winston as a backup, it’s clear that Payton and general manager Mickey Loomis are going to give Hill the opportunity to replace Brees once No. 9 jogs off the dome turf for the last time.

After three consecutive promising seasons ending in frustration, the already stacked Saints roster got better though not bigger in the 2020 NFL draft.