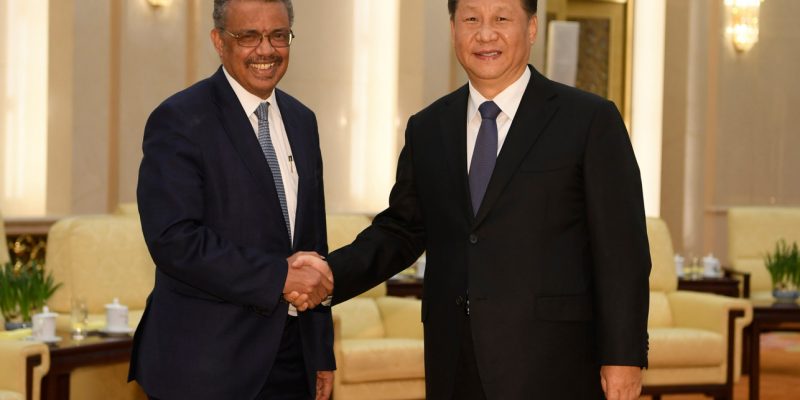 It doesn’t take classified information or insider knowledge to figure out that China purposefully infected the world to save their own country from a devastating setback.

There is only one question to be answered pertaining to China and the outbreak of the COVID-19 pandemic, the answer to which renders the question of the deadly virus’ origin irrelevant:

Why did China exclude international flights from its travel restrictions in January when it isolated Hubei province from the rest of the country? At that time, there were at least 830 known cases in China.

Because the implications of doing the right thing would have meant devastating effects on China’s economy, military preparedness, and overall standing in the world. However, a global spread would level the playing field and significantly decrease China’s disadvantage.

They realized that the alternative was unacceptable: banning international travel would make the consequences of coronavirus China’s problem and their problem alone. From January 23 to January 30, nineteen flights landed in the U.S. from the virus’ epicenter of Hubei Province.

Logic would have it hat regardless of whether COVID-19 was released by accident or on purpose, the Chinese government committed an act of war by knowingly allowing its sick population to infect the rest of the world. That same day, the World Health Organization (WHO) held a meeting in which it opted not to declare a global health emergency.

The motive is clear, self preservation by China and the Chinese Communist Party. The intent is clear: they knew enough to ban domestic travel but opted not to ban international travel, knowingly infecting the rest of the world.

Their guilt is compounded by the fact that China withheld and delayed providing critical information while engaging in a cover-up which included the disappearance of multiple doctors.

Meanwhile, the WHO was either complicit or gravely misled by the Chinese. The organization reported the first COVID-19 case outside of China on January 13 yet they stated on January 14 that there was “no evidence of human to human transmission”.

The WHO actually held a vote on January 23 in which they opted not to designate the coronavirus as a global health emergency. By the time they did on January 30, it was already too late.

China’s decision this week to restrict domestic research into the origins of coronavirus raises even more red flags (no pun intended).

Calls for holding China accountable continue to grow as more information is discovered. However, I present to you that there is no consequence that will come that will be greater than that which would have been suffered had they done the right thing.