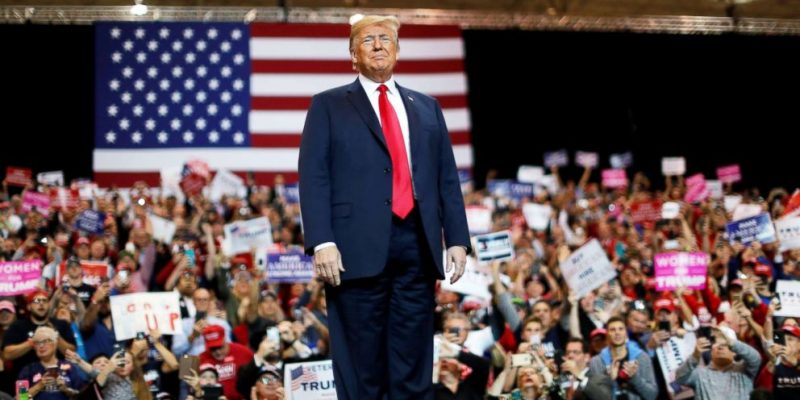 As America prepares for the inevitable peak in infections from the Chinese coronavirus, it has become clear that we need President Trump’s “America First” agenda more than ever before.

The current global health crisis is not only a vindication of the President’s policies, it is also a complete and total repudiation of globalism, communism, and free trade.

Let’s start with the obvious- border security and immigration.

You probably won’t hear much from the “open borders” crowd until this pandemic is over, a group who villified President Trump for his determination to reduce illegal immigration by securing the border and building the wall. Despite House Democrats’ fierce opposition, several hundred miles of new wall are expected to be in place by the end of 2020.

Last year, the Mexican army deployed 15,000 soldiers to the border to help deter illegal immigrants. Between that, the wall, and U.S. forces- illegal crossings have been down 76%.

And let’s not forget the President’s decisive action on January 31 when, before the severity of COVID-19 was fully realized, he cut off the flow of Chinese tourists into the United States.

Who knew how bad we would need the historic “Tax Cuts and Jobs Act of 2017”?

President Trump spearheaded the largest tax cut in more than 30 years, undoubtedly softening the economic blow of a near-complete shutdown of the American economy just over two years later.

Just how much more money do Americans have in their households due to the changes?

According to MarketWatch, Americans paid $64 billion less in taxes in 2018 than in 2017. The bill is also forecasted to save small businesses billions of dollars over a 10 year period.

Lastly, the President has long advocated for bringing U.S. companies and especially manufacturing back to the United States. In the early stages of the outbreak, China brazenly threatened to cut America’s supply of critical pharmaceutical supplies.

These are just a few examples of why we need President Trump’s “America First” agenda more than ever especially in the areas of immigration, border security, tax cuts, and self-reliance.