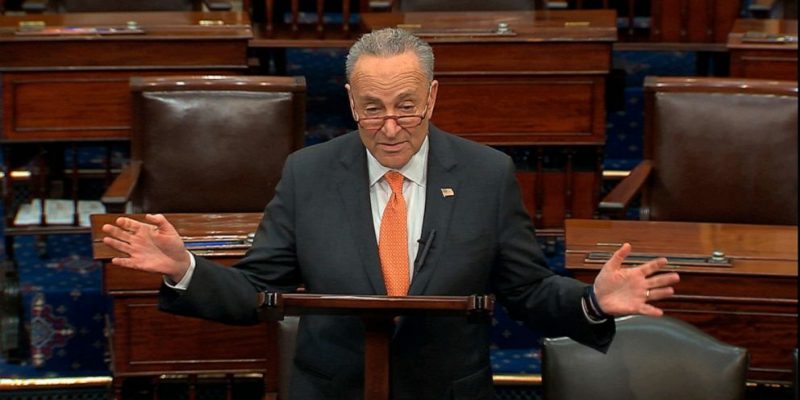 Senator Chuck Schumer (D-NY), the Minority Leader of the U.S. Senate, just got a response from President Trump to his calls to invoke the Defense Production Act (DPA) but it probably is not the one he was hoping for.

In responding to his concerns regarding the DPA the President writes,

“The Defense Production Act (DPA) has been consistently used by my team and me for the purchase of billions of dollars’ worth of equipment… It has been powerful leverage, so powerful that companies generally do whatever we are asking, without even a formal notice.”

Then President Trump eviscerates the fellow New York native and says something that myself and many other Ameircans have been thinking (he has a knack of doing that) writing,

“If you spent less time on your ridiculous impeachment hoax… and instead focused on helping the people of New York, then New York would not have been so completely unprepared for the “invisible enemy.”

President Trump continued hammering away at the career politician as he writes,

“Fortunately, we have been working with your state and city governments, Governor Andrew Cuomo and Mayor Bill DeBlasio, to get the job done. You have been missing in action, except when it comes to the “press.””

And almost like the twist of an assassin’s blade the President delivers the final blow writing,

“I’ve known you for many years, but I never knew how bad a Senator you are for the state of New York, until I became President.”

The President signed off the epic letter as follows,

“If you have any questions, please do not hesitate to call. Or, in the alterative, call Rear Admiral Polowczyk.

The letter serves as much-needed comic relief amid the pandemic, at the expense of one of the politicians who continues to inspire calls for term limits. Chuck Schumer has been in Congress since 1981.